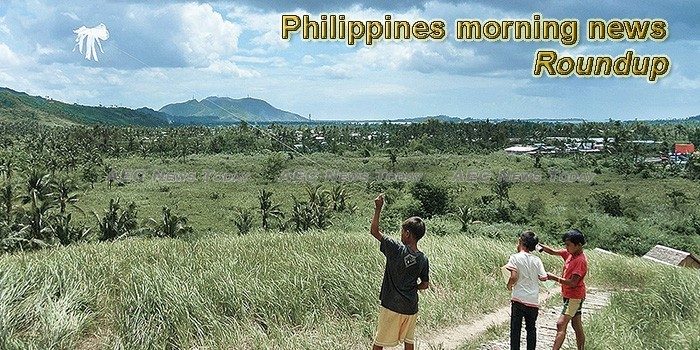 CEZA to open 20,000 fintech jobs
The Cagayan Economic Zone Authority (CEZA) said about 20,000 jobs in financial technology (fintech) will open up as soon as it awards the initial 25 principal licenses to be made available to qualified fintech companies.
— Philippine News Agency

Joint Foreign Chambers pushes easing of restrictions for foreign investors
Foreign business groups are pushing for a further easing of restrictions for foreign investors through amendments to the Constitution, and release of the Foreign Investment Negative List (FINL) every three years instead of two, to allow the country to attract more foreign direct investments (FDIs).
— The Philippine Star

Philippines’ Department of Science and Technology to strengthen science, technology and innovation for Industry 4.0
The forum aims to inform and educate participants on significance of STI and highlights importantance of various sectors in society in creating and sustaining innovation ecosystems.
— Open Gov

$3.7-B subway project ready for Swiss challenge
A $3.7-billion Makati subway system proposed by IRC Properties Inc. under a joint venture with the Makati city government will be up for a Swiss challenge or price competition soon.
— Philippine Daily Inquirer

PSBank starts P15-billion LTNCD offer
Philippine Savings Bank (PSBank) is initially raising at least P3 billion in the first tranche of its fund raising activity after getting the approval of the Bangko Sentral ng Pilipinas (BSP) for its P15-billion long-term negotiable certificates of time deposits (LTNCDs) offering.
— The Philippine Star

NEA: P1.3B extended to co-ops in H1
THE National Electrification Administration (NEA) granted loans worth P1.294 billion to at least 46 electric cooperatives in the first half of 2018 for their electrification and rehabilitation projects.
— The Manila Times

Demand for HR roles strongest in The Philippines
Across Southeast Asia, The Philippines has shown the strongest growth in online hiring for HR and Admin professionals for the months of April and May 2018.
— HRM Asia

SC: No P1.5 trillion IRA arrears to LGUs
The national government does not have to shell out around P1.5 trillion to comply with a Supreme Court (SC) ruling increasing the internal revenue allotment (IRA) of local government units (LGUs).
— The Philippine Star

Labor Market Trends in the Philippines
The Philippines is among Asia’s premier labor markets. The country houses a large and growing young population with a median age of 23, a vital demographic advantage that can be leveraged with proper investments in education and infrastructure.
— Asean Briefing

An island in the Philippines hopes for peace but braces for war
After years of bloodshed, the southern Philippine island of Mindanao is on the verge of a hard-won peace deal granting greater autonomy to minority Muslims.
— Irin News (multi-media)

Rodrigo Duterte commits to war on illegal drugs in Philippines State of the Union address
Philippines President Rodrigo Duterte says he will not be stopping the war on drugs that has resulted in thousands of extrajudicial killings, saying while his critics’ “concern is human rights, mine is human lives”.
— ABC News

Fiscal incentives biased for big companies–DOF
A COST-benefit analysis by the Department of Finance (DOF) revealed that micro, small and medium enterprises (MSMEs) are at a disadvantage as they have to compete for fiscal incentives with bigger firms that, ironically, enjoy various tax holidays, among others.
— Business Mirror

Gloria as speaker long overdue – lawmakers
SPEAKER Gloria Macapagal Arroyo basked in her successful bid to take the leadership of the House of Representatives on Tuesday, with her allies saying they had waited long enough for her to replace Davao del Norte Rep. Pantaleon Alvarez.
— The Manila Times

Inflation to peak at 5.3% in July; peso rate to persist at mid-P53
Inflation rate would likely hit 5.3 percent in July – the probable peak this year – while the peso is seen staying at P53-level for awhile and triggering another central bank rates’ increase, economists said.
— Manila Bulletin

Philippines to push Islamic finance in Muslim province
The development agency of the Philippine’s southernmost province of Mindanao is eager to use Islamic finance vehicles to fund infrastructure projects in the region where about one fifth of the 25.5mn-population identifies itself as Muslim.
— Gulf Times