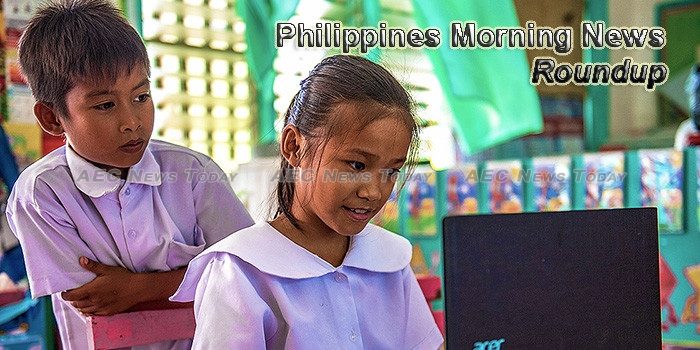 Rody to ask China: Do you want to control SCS?
Ahead of possible talks with Chinese President Xi Jinping in Vietnam, President Duterte said yesterday he wants to know straight from Beijing if it intends to control the South China Sea.
— Philstar

Duterte to meet with Putin on APEC sidelines
President Duterte is expected to have bilateral talks with Russian President Vladimir Putin and with the leaders of host country Vietnam and Papua New Guinea on the sidelines of the Asia-Pacific Economic Cooperation (APEC) leaders’ summit here.
— Philstar

Government hit over huge budget for ASEAN events
Militant groups yesterday criticized the Duterte administration for allocating P15.5 billion for the holding of the Association of Southeast Asian Nations (ASEAN) summit in the country next week.
— Philstar

Aquino faces criminal raps over Mamasapano incident
CRIMINAL charges were filed before the Sandiganbayan yesterday against former President Benigno S. Aquino III for his alleged unlawful acts in allowing his suspended PNP chief to participate in the planning, conduct, and implementation of “Oplan Exodus” that ended in a bloodbath in Mamasapano, Maguindanao on Jan. 25, 2015.
— Malaya

SKorea offers funding for priority PH projects
A $1.7-billion credit facility plus non-lending programs worth another $7 million have been offered by South Korea for priority projects in the Philippines, the Finance department said.
— The Manila Times

PH, Japan eye early subway completion
The proposed Metro Manila Subway Project (MMSP) remains on track, the Transportation department said on Wednesday as it denied a report that the start of construction could be pushed back to December next year.
— The Manila Times

SoKor pledges $1.7-B loan to Philippines
South Korea has committed to provide a $1.7-billion credit facility to the Philippines to help implement the government’s priority programs, the Department of Finance (DOF) reported yesterday.
— Philstar

PH calls for mainstreaming migrants’ health in ASPAC meet
The Department of Foreign Affairs (DFA) on Wednesday echoed the country’s position before the Asia-Pacific Regional Preparatory Meeting (RPM) for the Global Compact on Safe, Regular and Orderly Migration (GCM), calling for the inclusion of the health of migrants as a cross-cutting theme in the global compact on migration.
— Philippine News Agency

Duterte vows firmer stance on sea row
PRESIDENT Rodrigo Duterte assured the public on Wednesday he would not cede any territory to China, amid reports of Beijing’s construction activities in some of the disputed islands in the West Philippine Sea (South China Sea).
— The Manila Times

DoJ ends shabu smuggling probe
THE Department of Justice (DoJ) on Wednesday terminated its preliminary investigation on the criminal charges against personalities linked to the P6.4-billion shabu shipment that slipped past the Bureau of Customs (BoC) in May.
— The Manila Times