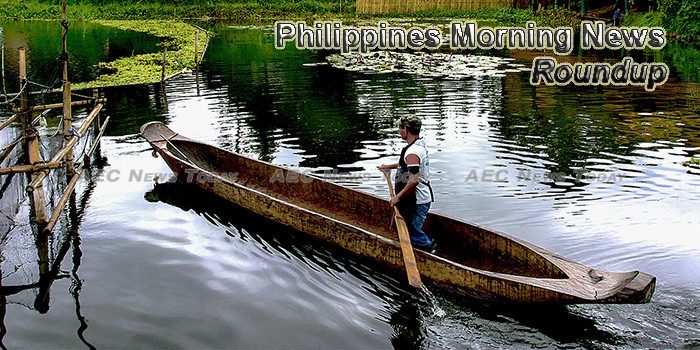 ADB OKs $300M infra loan for PH
The Asian Development Bank’s (ADB) Board of Directors has approved a $300 million loan and a $500,000 technical assistance grant to support the government of the Philippines’ efforts to develop the domestic capital market to help finance infrastructure.
— Malaya

DICT says 4th telco player possible
The Department of Information and Communication Technology (DICT) will bid out through a “beauty contest” type of selection the slot for a third telecom player which would compete against the incumbent telecom players PLDT Inc. and Globe Telecom.
— Malaya

Be it via PPP or BBB, PHL needs to bridge infrastructure gap fast–experts
GIVEN the “chronic infrastructure gap” in the Philippines, the government must look into different modes of funding and project-implementation schemes to improve the speed of the delivery of much-needed infrastructure to Filipinos.
— BusinessMirror

Rody to call special session for BBL
PRESIDENT Duterte yesterday said he would call Congress to a special session on the Bangsamoro Basic Law (BBL) which is expected to pave the way for the shift to a federal form of government.
— Malaya

3 justices to testify vs Chief Justice
Three magistrates of the Supreme Court (SC), including a retired colleague, have expressed their intention to testify in the impeachment proceedings against Chief Justice Maria Lourdes Sereno at the House of Representatives.
— Philstar

PHL meat imports to hit record high–Mita
The country’s meat imports this year would hit another record high due to the sustained increase in the demand for processed-meat products, according to the Meat Importers and Traders Association (Mita).
— BusinessMirror

Duterte’s peace try falls to pieces
As one armed conflict winds down, another has reignited in the Philippines.
— Asia Times

Is the Philippines the Next Caliphate?
oth Western leaders and those involved within the region have been eager to declare victory over the Islamic State after retaking the major cities, such as Mosul and Raqqa, that the group has controlled since 2013. But it’s too soon to be complacent.
— Foreign Policy

Miners push competitive output-based tax regime
The Chamber of Mines of the Philippines (COMP) said it welcomes the plan of the Mines and Geosciences Bureau (MGB) to base the planned increase in mining tax on mineral output, instead of imposing a uniform levy.
— BusinessMirror

Destabilization? Don’t look at us – Aquino
Denying involvement in an alleged destabilization plot, former president Benigno Aquino III said yesterday President Duterte should instead be wary of people around him and not be fixated on the opposition.
— Philstar

Renewable investment could reach $11T by 2040
INVESTMENTS in renewable energy (RE) could climb to a cumulative $11 trillion by 2040, mostly in emerging markets, a study by the International Finance Corp. (IFC) showed.
— The Manila Times

MGB wants to hike mining excise tax based on output
The Mines and Geosciences Bureau (MGB) is more partial to adjusting the excise tax slapped on mining firms based on their minerals production than peg the increase at a uniform rate.
— BusinessMirror

Anticorruption, data privacy, cybersecurity: why certification matters
As we continue to develop international and local business in the Philippines, in Asean, in Asia and beyond, there will be more and more pressure on companies to demonstrate that they follow the basic rules in anticorruption, in data-privacy compliance and in cybersecurity. Why?
— BusinessMirror

Philippine modernization program imperils jeepney
The Philippines’ iconic passenger jeepney, once regarded as Manila’s “King of the Road,” is chugging toward change and uncertainty.
— Fox News