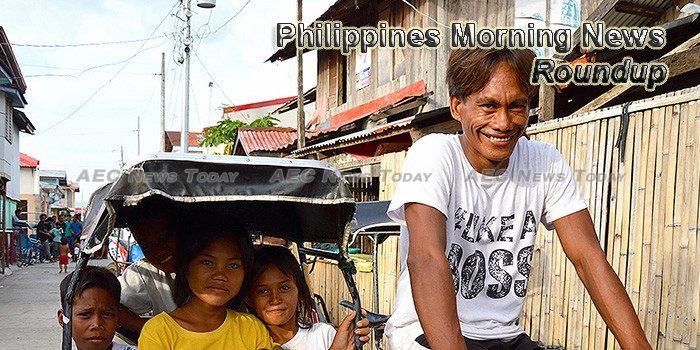 Philippine Navy to have missile system by Christmas
If everything goes as planned, the Philippine Navy (PN) will be mounting its first-ever missile system on three brand-new multi-purpose attack craft (MPAC) this Christmas season. This was confirmed Monday by PN flag-officer-in-command, Vice Admiral Ronald Joseph Mercado, when asked on the delivery and mounting of the Rafael Advanced Defense Systems Ltd’s Spike ER (extended range) missile systems on its three MPACs.
— Update Philippines

What’s in the New China-Philippines Defense Industry Pact?
One of the many agreements reached between China and the Philippines last week following a November 15 meeting between Chinese Premier Li Keqiang and Philippine President Rodrigo Duterte in Manila was one on defense industry cooperation between the two countries.
— The Diplomat

What’s Next For India-Philippines Defense Cooperation?
When Indian Prime Minister Narendra Modi met with Philippine President Rodrigo Duterte last week amid a busy few days of regional summitry in Manila, one of the agreements that the two countries inked was on the defense side.
— The Diplomat

Megaworld eyes P9-B from sale of commercial lots in Cavite
Property developer Megaworld Corp. expects to generate PHP9 billion from the sale of lots in a new business district within its township project in General Trias, Cavite.
— Philippine News Agency

Tax exemption of 3-in-1 coffee backed
The country’s estimated 34,000 small coffee farmers and the Philippine Association of Agriculturists (PAA) welcome the exclusion of 3-in-1 coffee from the sugar sweetened beverage (SSB) tax in Senate Bill 1592, which has been approved by the Senate Ways and Means Committee and is currently on second reading.
— Malaya

Sereno sees Duterte, Alvarez hands in impeachment case
CHIEF Justice Maria Lourdes Sereno yesterday finally broke her silence, saying she believes that President Duterte and Speaker Pantaleon Alvarez may have a hand in the impeachment bid against her.
— Malaya

Govt to consider Clark airport plan
An unsolicited private sector proposal to develop Clark International Airport into an international gateway will be considered by the government, the Department of Transportation (DOTr) and the Bases Conversion and Development Authority (BCDA) said on Monday.
— The Manila Times

PDP-Laban proposes semi-presidential federal gov’t
The Partido Demokratiko Pilipino–Lakas ng Bayan (PDP-Laban) is proposing a semi-presidential federal system of government for the Philippines. This was divulged by Department of the Interior and Local Government (DILG) Assistant Secretary Jonathan Malaya during the Forum on Political Reforms and the Mindanao Peace Process: Challenges and Prospects at the Makati Diamond Residences in Makati City on Monday.
— Update Philippines

Returning MRT to private group not an option
Malacañang does not consider as an option returning the Metro Rail Transit (MRT) Line 3 to the private sector, despite the numerous breakdowns since the government took over the railway facility, as a Palace official on Monday asked the public to give President Duterte a chance to resolve the problem.
— BusinessMirror

AGI sees approval for Skytrain by yearend
ALLIANCE GLOBAL Group. Inc. (AGI)’s newly incorporated infrastructure unit is optimistic it can secure the transport department’s approval for its two-kilometer monorail project in Taguig before the end of 2017, in order to start construction by mid-2018.
— BusinessWorld

Angara pushes for expansion of coverage of 20% discount on transport for students
Senator Juan Edgardo “Sonny” Angara today reiterated his call for lawmakers to expedite the passage of the bill expanding the coverage of the 20 percent discount on land, air, water and rail transport to students.
— Manila Bulletin