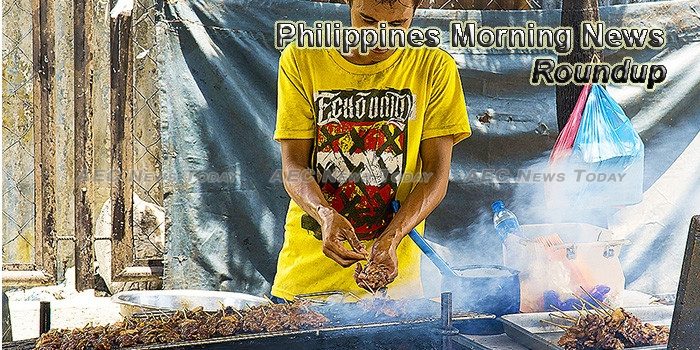 Foreign debt slips to $73.8 B in March
The country’s foreign obligations decreased 4.9 percent in the first quarter as key external debt indicators remained at comfortable levels, the Bangko Sentral ng Pilipinas (BSP) reported over the weekend.
— The Philippine Star

‘Fixing tax system to hike PHL revenues by P433B’
The government can collect some P433 billion in additional revenues, equivalent to 2.7 percent of GDP, by implementing reforms in the Bureau of Internal Revenue’s (BIR) tax policy and administration, according to the Department of Finance (DOF).
— Business Mirror

Gov’t shelves private bids for new airports
The government has put on hold unsolicited proposals for new airports to serve Manila as it focuses on measures that can be undertaken immediately to address congestion at the country’s main international gateway.
— The Philippine Star

PNP to deploy ‘ethical’ hackers to catch web intruders
With the website of the Philippine National Police under constant intrusion, the police information technology management service (ITMS) has decided to deploy “ethical” hackers to thwart the intruders.
— Philippine Daily Inquirer

$544M of hot money flows out of PH in first 5 months of 2017
In the first 5 months of the year, a net total of $543.79 million in foreign portfolio investments flowed out of the economy, according to data by the Bangko Sentral ng Pilipinas (BSP).
— Rappler

PHL oceans in trouble: Overfishing, pollution, climate change ail our seas
WHEN ocean explorer and filmmaker Alexandra Cousteau visited the Philippines in September last year, she told journalists the world’s oceans are in trouble. The Philippines, Cousteau said, is no exception.
— Business Mirror

FBM KLCI seen to revisit record high
The current rally in the FBM KLCI is expected to continue as the election drumbeat gets louder coupled with the strengthening of the ringgit.
— The Edge Markets MY

Govt wants perks for makers of modern jeepneys
The Board of Investments (BOI) said it is keen on granting incentives to manufacturers of eco-friendly and modern public-utility vehicles (PUVs), such as jeepneys, under an initiative similar to the Comprehensive Automotive Resurgence Strategy (CARS) Program.
— Business Mirror

Philippines eyes truce with communist rebels amid siege
MANILA — The Philippine government said Sunday that it would suspend offensives against communist guerrillas to reciprocate a similar plan by the insurgents and allow troops to focus on quelling a bloody siege by Islamic State group-aligned militants that has dragged on for nearly a month in a southern city.
— Bangkok Post

Pira to continue pushing for lower taxes for nonlife insurers
THE Philippine Insurers and Reinsurers Association (Pira) said it will continue to push for the decrease in tax rates imposed on the nonlife insurance industry, to be on a par with its Asean counterparts and to help maintain a competitive environment.
— Business Mirror

Govt mulls eco-PUV as option for CARS 3rd spot
THE government is looking at the eco-public utility vehicle program (eco-PUV) as an option for the third slot of the Comprehensive Automotive Resurgence Strategy (CARS) Program, a trade official said.
— The Manila Times

7 US Sailors Killed In Mysterious Ship Collision
THE US navy confirmed yesterday that seven of its sailors were dead after a cargo ship hit one of its destroyers off Japan on Saturday.
— Morning Star Online

Govt assures medical repatriation of OFWs
To further protect the rights and promote the welfare of overseas Filipino workers (OFWs), the Department of Foreign Affairs (DFA) has forged a Joint Memorandum Circular (JMC) with five other government agencies harmonizing the policies and processes involving cases of medical repatriation.
— The Manila Times