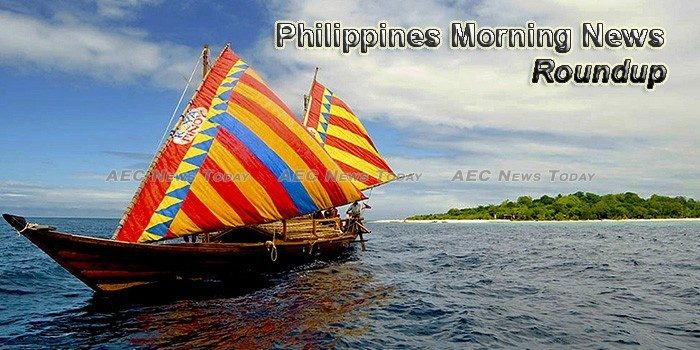 2020 target: PH eyes 80K foreign retirees
The Philippine Retirement Authority (PRA) plans to increase the number of foreign retirees in the country to 80,000 by 2020 through various incentives, according to the agency’s top official.
— Cebu Daily News

Tropical Storm Kills 30, and Over 80,000 Flee to Shelters in Philippines
More than 30 people were killed and many others were missing after a slow-moving tropical storm spurred floods and landslides in the central Philippines, officials said on Sunday.
— The New York Times

Duterte backtracks on same-sex marriage, says he supports it
President Rodrigo Duterte Sunday expressed support for same-sex marriage, reversing anew his stand on the issue, which has sparked fierce debates in other countries.
— Philstar

PHL’s airport of the future must be built now
Six (at one point, seven) of the world’s 10 best airports are in Asia, and the first three are also in the region. What do all of them have in common? They are destinations by themselves, almost entirely resembling resorts, built by architects and engineers with impeccable design, efficiency and utmost passenger comfort in mind.
— BusinessMirror

ON TELCOS: EO to address permit, ROW issues
The government is working to solve the telecommunication companies’ difficulty in getting permits and right-of-way (ROW) to build cell sites to be able to reach the ideal number of 67,000 towers needed to address the mobile, voice and internet requirements of subscribers, according to the Department of Information and Communications Technology (DICT).
— Malaya

Even if intentions are good, those liable must answer for Dengvaxia mess — Palace
Those who committed wrongdoings that led to the Dengvaxia mess should be accountable even if the previous administration meant well when it administered the vaccine, Malacañang said Sunday.
— Philstar

Coal tax beneficial over the long term
Despite gaining a lot of criticisms from various sectors, the imposition of higher excise tax on coal will help the country in the long run as it sends a “strong policy signal” to investors, according to the Institute for Climate and Sustainable Cities (ICSC).
— Malaya

EU likely to keep PH’s GSP Plus privileges
The European Union (EU) will most likely keep the Philippines’ GSP Plus privileges with EU still believing in the overall democratic space of its trading partner, ignoring President Duterte’s repeated public diatribes for its criticism of the government’s human rights record due to the bloody war on drugs.
— Manila Bulletin

5 more justices to testify vs Sereno
Five more Supreme Court justices are ready to testify in the impeachment proceedings against Chief Justice Maria Lourdes Sereno in the House of Representatives when hearings resume next month.
— Philstar

Globe ‘ready’ for faster internet but permits are ‘biggest hurdle’
Ayala-led Globe Telecom said it has more than 16 Terabits per second (Tbps) of international data capacity ready, enough to service the country’s hunger for faster internet, but can only use a portion of this due to regulatory bottlenecks.
— Rappler

‘Urduja’ maintains strength, to make landfall over Palawan
Tropical Depression Urduja has maintained strength and will make landfall over Northern Palawan, Pagasa said Monday as it advised residents to prepare against floods and landslides.
— Philstar

Paving the way for the third telco player
President Duterte’s policy pronouncement of breaking the duopoly in the telco industry via the entry of a Chinese third player has moved every stakeholder concerned.
— BusinessMirror

TRAIN concerns delay passage of rice QR bill
The passage of a measure amending the Republic Act (RA) 8178 seeking to abolish the quantitative restriction (QR) on rice is now facing delays as Congress focused on the 2018 national budget and the proposed Tax Reform for Acceleration and Inclusion (TRAIN) Act.
— BusinessMirror