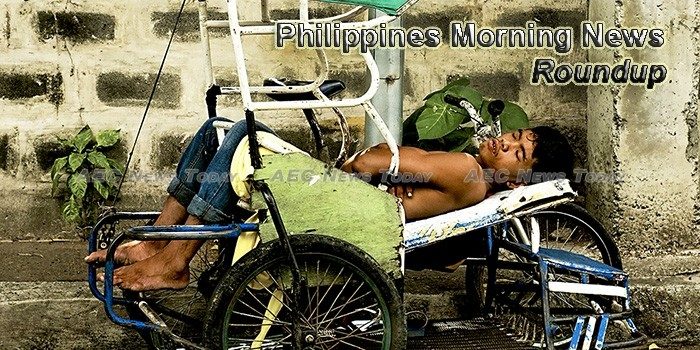 Duterte’s China gambit yet to pay dividends
Beijing has pledged US$24 billion worth of investment and loans to jumpstart the Philippine economy but the funds have glaringly not yet arrived.
— Asia Times

Japan donates P826 M for Philippine drug rehabilitation
The Japanese government yesterday donated some 1.85 billion yen (P826 million) to the Department of Health (DOH) for the upgrading of rehabilitation centers and enhancement of treatment protocols for drug dependents.
— Phil Star

MPTC planning to spend P153 billion on projects
METRO PACIFIC Tollways Corp. (MPTC) is spending about P153 billion this year up to the first quarter of 2018 to start construction of projects in its pipeline and expand its existing assets.
— BusinessWorld Online

PMI gains round off ‘solid’ quarter
PHILIPPINE factory activity expanded for a second straight month in March, according to a monthly survey compiled by IHS Markit for Nikkei, but at a pace that was just second-fastest in Southeast Asia after Vietnam ranked as the no. 1 performer for two months in a row.
— BusinessWorld Online

Corruption in Philippines courts a trade barrier – US
The prevalence of corruption in the Philippines – including in the judiciary – has remained a significant barrier to trade with the United States, a report by the Office of the US Trade Representative (USTR) shows.
— Phil Star

ANZ bets on five BSP rate hikes in two years
THE BANGKO SENTRAL ng Pilipinas (BSP) could raise rates by as much as five times within the next two years to 2018 on the back of faster inflation and robust economic growth, with the first hike likely to be delivered as early as July, analysts at ANZ Research said.
— BusinessWorld Online

CTRP to unlock PH economic potential
THE main authors of the Comprehensive Tax Reform Program (CTRP) pending in Congress believe their combined proposals to convert the current tax system into a more progressive taxation will help unlock the full potential of the Philippine economy and ensure a brighter future for the country’s young Filipinos.
— The Manila Times

PH security at risk due to shortage of Immigration personnel: Aguirre
Justice Secretary Vitaliano Aguirre II expressed concerns that the country may have exposed itself to the entry of terrorists due to understaffed Bureau of Immigration (BI) personnel manning the air and sea ports.
— Manila Bulletin

Govt, Reds agree to discuss truce
THE government and communist rebels on Monday agreed to negotiate an interim ceasefire agreement as peace talks resumed in the Netherlands after a one-day delay over President Rodrigo Duterte’s insistence on a clear bilateral truce.
— The Manila Times

Duterte ready to use force if peace talks with Reds fail
President Rodrigo Duterte gets tough with the National Democratic Front of the Philippines, setting preconditions to the resumption of peace negotiations. The chief executive says he is ready to use force against the Communists if the talks fail. – The World Tonight, ANC, April 3, 2017
— ABS-CBN

Firm Takes Legal Action After Customs’ Bunker Seizure in the Philippines
Contesting a recent seizure of bunkers, Philippines-based San Miguel Corporation (SMC) is suing the Philippines’ Bureau of Customs (BoC), asserting that the seizure was carried out without due process and in the face of a complete set of import documentation, Philippine media reports.
— Ship & Bunker

Mass resignations, leaves plague immigration bureau
Long lines of travelers are back at Ninoy Aquino International Airport and Justice Secretary Vitaliano Aguirre II is blaming it on President Duterte’s order stopping the overtime pay of Bureau of Immigration officers at the airports.
— Inquirer.Net

M’sia regional favourite, gets the most from inflow of funds
Malaysia has emerged as the most favoured emerging market in South-East Asia year-to-date based on foreign liquidity flow in the local stock market, beating Thailand, Indonesia and the Philippines.
— The Star Online

DOJ to probe contract between BuCor, Tadeco
The Department of Justice (DOJ) is set to investigate the alleged anomaly in the contract between the Bureau of Corrections (BuCor) and the Tagum Agricultural Development Co. (Tadeco) owned by Davao del Norte 2nd District Rep. Antonio Floirendo Jr. Justice Secretary Vitaliano Aguirre II yesterday said he would create a team to conduct a fact-finding investigation on the allegations of Speaker Pantaleon Alvarez about the joint venture agreement (JVA) for the lease of 5,300 hectares of the Davao penal farm to Tadeco.
— Phil Star