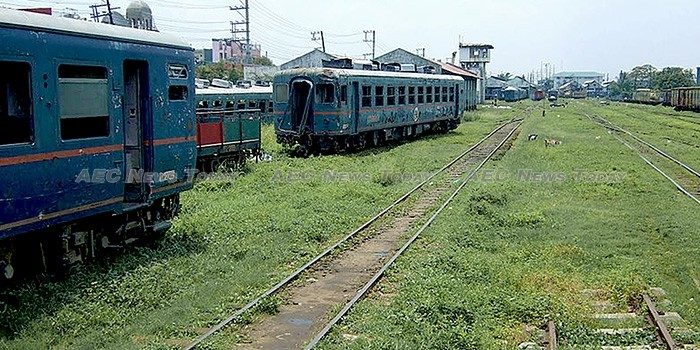 The Duterte Administration’s recently announced plans to inject more than P1 trillion (about US$20 billion) into a massive railway building programme that will see new railroads built and existing ones extended making it one of the biggest and most ambitious infrastructure projects undertaken in the Philippines in recent years.

With Philippines 2016 GDP put at 6.8 per cent and some predicting as much as 8 per cent for the current year, much needs to be done if all of those new factories and businesses are going to be able to get their products economically and efficiently to international markets, let alone people getting to their workplace to produce the goods in the first place.

Set to bear the brunt of the transportation needs is the Philippine National Railways (PNR), which looks set to undergo another ‘Golden Age of Rail’; and not before time. According to a recent study commissioned by the Japanese, the Philippines lost US$64 million a day in 2015 because of traffic congestion alone, much of it as a result of poor access to ports and freight terminals.

With 11 of the 14 proposed Philippine railway projects said to be in Luzon, the country’s largest and most populous island, the intention to create clear and easy access to and from Metro Manila, the commercial centre of the Philippines, is clear.

Among the identified upcoming Philippine railway projects are:

With the exception of the 14-km subway line, the remainder of the Philippine railway projects are slated to be completed before the end of Philippine President Rodrigo Duterte’s term in 2022.

Resource-rich and known as the “land of promise”, Mindanao is largely underdeveloped partly because of lack of infrastructure and long-running Muslim and Communist insurgencies (See: Demise of Abu Sayyaf Could Trigger Another Mindanao ‘Gold Rush’).

Reports say priority plans are being laid out now, with implementation of the Mindanao railway scheduled to start before the end of this year. National Economic Development Authority (NEDA) Director-General, Ernesto Pernia, has said China, Japan, and South Korea have all offered to finance the Mindanao railway project. Four home-grown conglomerates – Ayala Corp., Megawide Construction Corp., Metro Pacific Investments Corp., and San Miguel Corp. – have also expressed interest in investing in the project.

While a decision on the structure of the project has not yet been made, Mr Pernia said official development assistance (ODA) or Private-Public Partnership (PPA) are both feasible options.

While rebuilt after the war, mismanagement and stiff competition from other modes of transportation saw the Manila Railroad Company, forerunner to the current day Philippine National Railway (PNR), declared bankrupt, despite passenger and freight loadings of 8.6 million people and some 1.2 million tons of freight being carried per annum for the following two decades.

As a result of political interference over the years what was once the ‘steel highways’ of the Philippines helping to drive economic growth is today reduced to two Light Rail Transit lines, the Manila Metro Rail Transit System, and an ‘automated guideway transit system’ (AGTS) at the University of the Philippines Diliman (UPLB) and Bicutan, Taguig City being used as test tracks for locally-built trains (See: Energy Efficient Train Could Foster Philippine Railway Industry). There is currently no functioning rail system outside of Metro Manila.