Nukemap: What if North Korea drops a nuclear bomb on (insert your Asean city)? 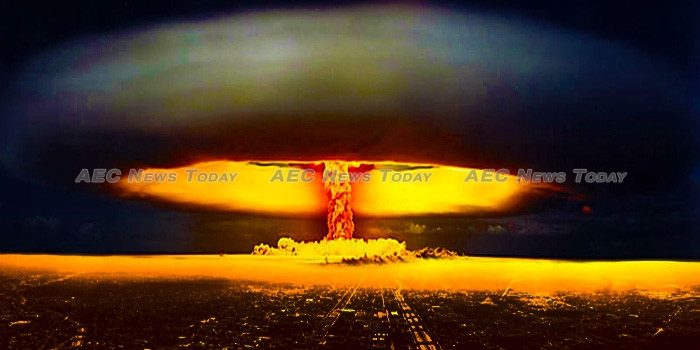 The ramping up of the war of words between the United States and the Democratic People’s Republic of Korea (DPRK – North Korea) has left many people wondering what happens if Kim Jong-un (or US President Donald Trump) drops a nuclear bomb on their city?

No need to worry any longer. Nukemap from the Stevens Institute of Technology, a private research university situated in Hoboken, New Jersey, enables anyone to dial up a nuclear bomb blast on any location in the world and see the effects.

According to Dr Wellerstein ‘most people still have a very bad sense of what an exploding nuclear bomb can actually do. NUKEMAP is aimed at helping people visualise nuclear weapons on terms they can make sense of — helping them to get a sense of the scale of the bombs’.

In predicting what is probably the most raised question – could a terrorist, rogue state, or other nuclear power use Nukemap for nefarious purposes? – Dr Wellerstein explains that ‘NUKEMAP would not tell such people [experts employed by nuclear states] anything that they didn’t know’.

Not satisfied? Dr Wellerstein explains that all of the information used for Nukemap is unclassified. Information from a nuclear effects library is integrated with data from Google Maps and Google Earth to display a range of effects, with the effects equations dating back to 1963.

For those wanting to know more about how Nukemap works, including limitations in its calculations, Dr Wellerstein provides a wealth of information, and email contact details for those with more questions or comments, on the application’s FAQ page. He can also be followed on Twitter as @wellerstein.

Dr Wellerstein even makes disclosure of what records are kept, and for what purpose, eg: ‘whether people nuke themselves or other countries, and what types of bombs they use’. A ‘do not log anonymous statistics’ option is also available.

With Nukemap all one has to do is enter the name of their city — or that of someone they don’t like — and decide how large a nuclear bomb they want to drop.

Nuclear bombs from the USA, Pakistan, India, and  North Korea are all available, ranging in size from the .02 kilotons (kt) (equivalent to 20 tons of explosives) ‘Davey Crocket’, the smallest US nuclear bomb ever made, through to the 455kt (equivalent to 455,000 tons of explosives) W-88 fitted to the Trident II (Trident D5) missiles carried aboard US and British naval vessels.

For North Korea ‘rocketman’ Kim Jong-un the selection ranges from a ‘puny’ 500 ton device tested in 2006, through to its latest nuclear device test last August, which experts globally say could have generated a yield of up to 150kt.

Next, select whether you want your nuclear bomb to burst above ground (airburst) or at ground level (surface blast), and punch in whether you want to see casualties (not much point doing it otherwise) as well as the radioactive fallout distances.

Other options allow you to see the number of schools, hospitals, fire stations, and places of worship destroyed or damaged, change the strength and direction of wind, and display how far from the blast site windows in buildings will shatter, as well as how far you need to be away from ground zero to avoid second or third degree radiation burns.

Nukemap also gives an indication of the number of people likely to be in the area of ‘your’ nuclear bomb blast at any one time in any 24-hour period. There is also a whole bunch of data explaining radiation fallout for surface blast nuclear bomb detonations.

After entering all of the options you want to see, sit back, and press ‘Detonate’. Kaboom!

You too can be a crazed world leader with a bad hair cut and nuke your city, nuke someone else’s city, nuke everyone. If one nuclear bomb isn’t enough, don’t worry. Nukemap lets you unleash fire and fury and massacre even more civilians with multiple nuclear bomb blasts.

To date more than 124.6 million nuclear bombs have been detonated on Nukemap. Given the recent international rumblings, and one can’t help feeling that this number is set for a boost.

In the models below we ‘detonated’ a nuclear bomb equivalent in size to the latest North Korean test over each Asean capital city as both an airburst and surface blast.

Such a nuclear bomb would leave a crater of about 100 metres (328ft) in diameter and some 60 metres (200ft) deep. For airblast explosions we optimised for all effects — chosen radiation levels, fireball, airblast, etc., which in reality is not possible as optimised results for different effects is obtained by detonation at different heights.

The rings in the charts below are colour coded in accordance with the table above. The results vary depending on where ground zero is placed, and as Dr Wellerstein notes, should be seen as evocative, not definitive.

If you have the urge to play deranged global leader, go and drop your own nukes here.

Effects of a nuclear bomb on Asean cities 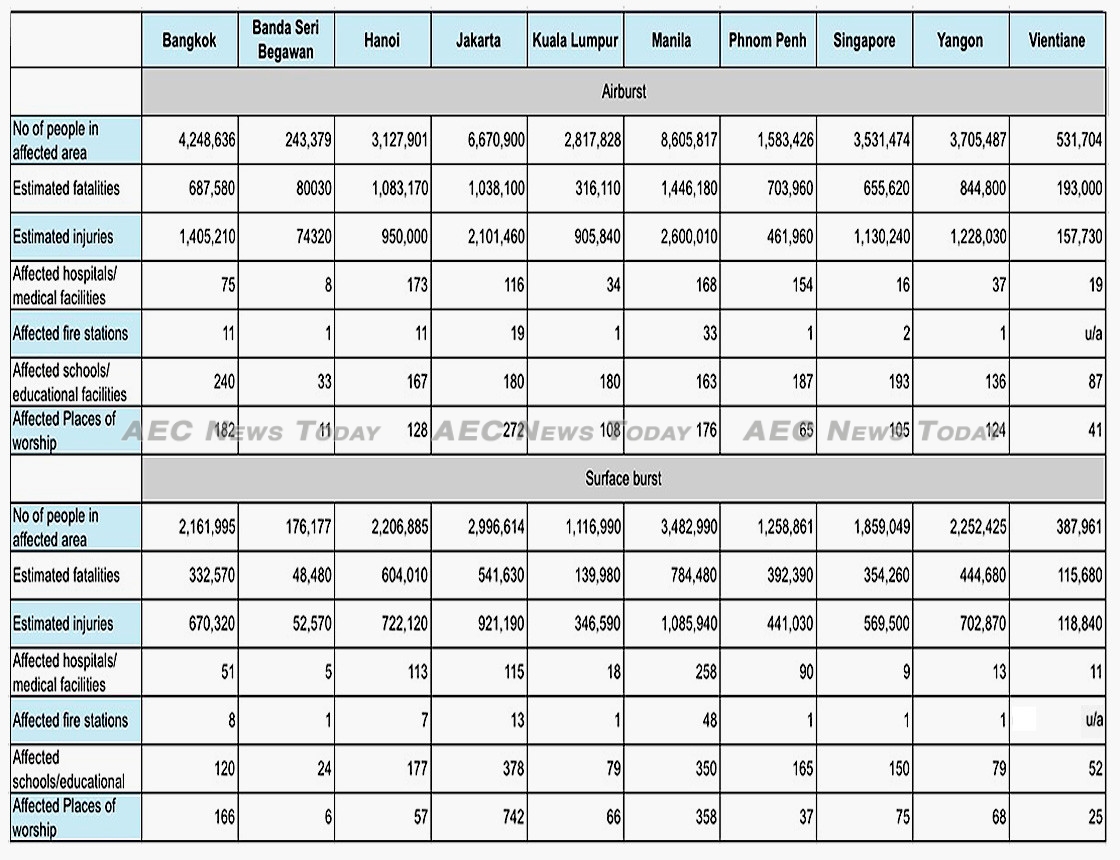 What if North Korea drops a nuclear bomb on… photo gallery