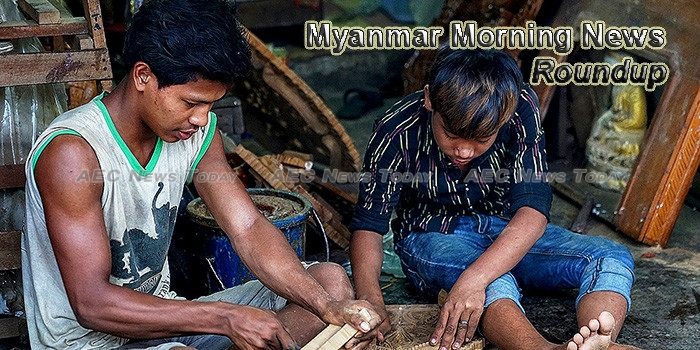 Rohingya crisis: ‘It’s not genocide,’ say Myanmar’s hardline monks
The monks, clad in vermillion robes and flip flops, line up from old to young to receive a meal in their alms bowls — rice, vegetables, cookies — all donated by local villagers.
— CNN (video)

Bangladesh says it agreed with Myanmar for UNHCR to assist Rohingya’s return
Bangladesh and Myanmar have agreed to take help from the UN refugee agency to safely repatriate hundreds of thousands of Rohingya Muslims who had fled violence in Myanmar, Bangladesh said on Saturday.
— The Jordan Times

Pope heads to Myanmar and into Rohingya crisis
Pope Francis set off Sunday on his 21st and possibly most delicate overseas trip yet, a six-day visit to Myanmar and Bangladesh against the backdrop of the unfolding Rohingya refugee crisis.
— The Nation

Mytel’s investment reaches about US$1B
The fourth telecom operator, Myanmar National Tele and Communications Co Ltd (Mytel), said its investment has reached to about US$1 billion (1.36 trillion kyat) including the license fee in Myanmar.
— Eleven Myanmar

Govt allows foreign JVs to trade agri machinery
In a bid to industrialise and further develop Myanmar’s agriculture sector, the Ministry of Commerce will permit foreign joint ventures operating in the country to import and sell agri-related machinery.
— Myanmar Times

Yangon’s port under study for expansion
Feasibility studies have been conducted for extending Yangon jetty to the mouth of the sea to be able to dock large ships, said Yangon’s Chief Minister at a November 12 ceremony during a regular meeting of businessmen and women with Vice President (1) Myint Swe held at the UMFCCI.
— Eleven Myanmar

Nestle Myanmar to locally produce half of its products
Imports of Nestle products to Myanmar would be reduced to 50 per cent next year when the firm’s recently opened factory in Dagon Seikkan Township of Yangon reaches full production.
— The Nation

EIA consultants cite firms refusing to admit negative impacts as top challenge
THE biggest challenge for Environmental Impact Assessment consultants is the reluctance of the company to include an accurate assessment of potential environmental and social impacts in the EIA report, according to the latest feedback from over 40 consultants.
— Myanmar Times