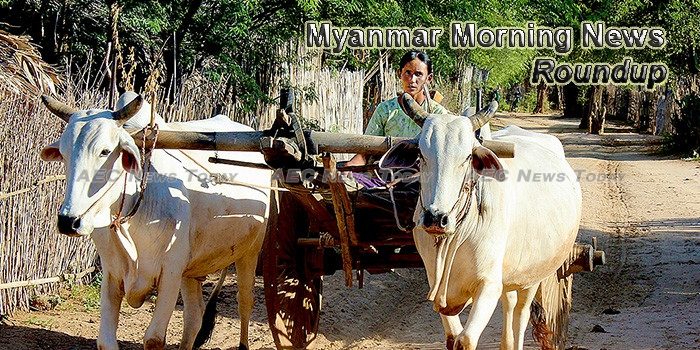 Myanmar peace process: Chasm opens up between talk and action
The United Nationalities Federal Council (UNFC), an umbrella group of 11 armed ethnic groups negotiating for peace in Myanmar, has supposedly agreed in principle on its nine demands for talks with the government of Aung San Suu Kyi.
— The Nation

Right-Wing Politics in India: Pushing Rohingya Refugees into Quandary
India, a vast South Asian nation touted to have the potential to become a global super power, has a proud history of being the largest democracy in the world and respecting human rights. Why not? It is a nation with a population of over 1.3 billion of different ethnic and diverse cultural backgrounds. It has a history of over 5,000 years, where many religions have taken their births throughout the course of its history. It is a land of total freedom for its citizens, regardless of racial or religious origins. More often than not, it has also hosted thousands of refugees displaced by conflicts in the neighbouring countries.
— Rohingya Vision

Myanmar Rejects China’s Offer to Resolve Row With Bangladesh Over Rohingya
The Myanmar government has rejected an offer by its powerful neighbor China to mediate a diplomatic dispute that the Southeast Asian country is having with Bangladesh over the recent exodus of minority Rohingya Muslims, a government spokesman said on Monday.
— Radio Free Asia

Omidyar considers tech and media firms in Myanmar for fresh investments
Global philanthropic investment firm Omidyar Network is considering technology-led businesses in the fields of media, finance and education in Myanmar for its next round of investments.
— Deal Street Asia