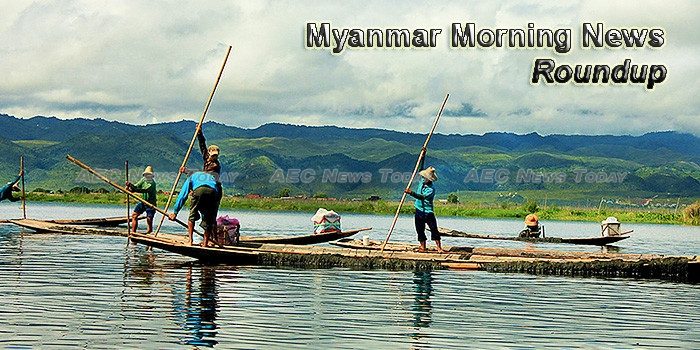 Myanmar disaster death rate high: President
President U Htin Kyaw urged at the World Red Cross Day ceremony held in Nay Pyi Taw yesterday that with the occurrence of disasters on the rise, Myanmar Red Cross Society (MRCS) will have to do more for first aid, disaster preparedness, response and reduction.
— Myanmar Times

393 villages to be electrified in Mandalay
Some 393 villages in the Mandalay Region will have electricity connected under the National Electrification Plan (NEP) soon.
— Myanmar Times

Party Leaders Object to Electoral Commission Over NLD By-Election Campaign
The leaders of 13 political parties signed a letter to the Union Election Commission (UEC) on Monday complaining that National League for Democracy (NLD) leaders violated the 2008 Constitution and UEC directives in the run-up to the April 1 by-elections.
— The Irrawaddy

Herballines and DKSH team up to target Myanmar
Asia-focused market expansion services specialist, DKSH, has partnered with personal care manufacturer, Paradise Products, to increase the awareness and sales of its Herballines brand in the Southeast Asian marketplace.
— CosmeticsDesign-Asia.com