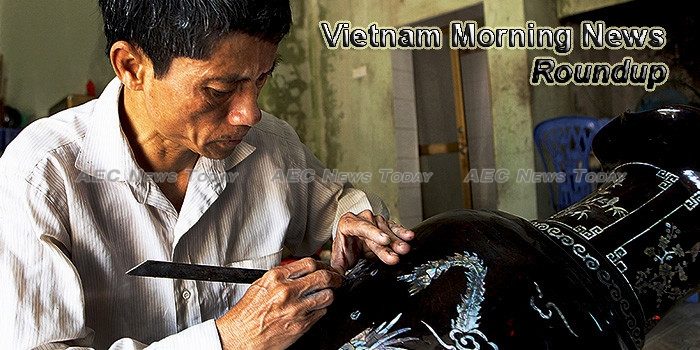 FDI to Vietnam is mostly from Asia, with South Korea ranked first
The Ministry of Planning & Investment (MPI) report said that in the first eight months of the year, foreign investors pledged to invest $23.36 billion in Vietnam, an increase of 45 percent compared with the same period last year.
— VietnamNet Bridge

Ministry outlines three growth scenarios for 2018
The Ministry of Planning and Investment has outlined three scenarios for economic growth next year as part of its preparation for developing a socio-economic plan.
— Viet Nam News

​Vietnam spends over $1bn importing veg in Jan-Aug 2017
In the Jan-Aug period of this year, Vietnam imported more than US$1 billion worth of fruits and vegetables, a massive 94 percent increase on a year earlier, according to the agriculture ministry.
— Tuoi Tre

Warnings over previous Made in Vietnam car failure
Huyen said that he carried out research on Made in Vietnam car production and they had been highly appreciated by the National Council for Science and Technology Policy. After that, he implemented the project in line with the research.
— VietnamNet Bridge

Sollers plans to set up assembly production in Vietnam in 2018
Sollers automobile holding company plans to create an assembly facility in Vietnam in 2018, the company’s general director Vadim Shvetsov told TASS on the sidelines of the Eastern Economic Forum.
— TASS

VN to build customs bond system
The GATF and the Viet Nam Private Sector Forum (VPSF) launched their joint project on customs bond last Friday, aimed at facilitating customs clearance in Viet Nam. A customs bond is an agreement that ensures that any importer will pay all fees and taxes paid as well as operate according to all laws and regulations.
— VietnamNet Bridge

Egypt’s Sisi eyes $1bn in trade on Vietnam visit
Vietnam and Egypt agreed on Wednesday to nearly triple trade to $1 billion including with ship-building and IT contracts, as Egypt seeks to kick-start its sputtering economy and forge ties with fast-growing Asian nations.
— news24