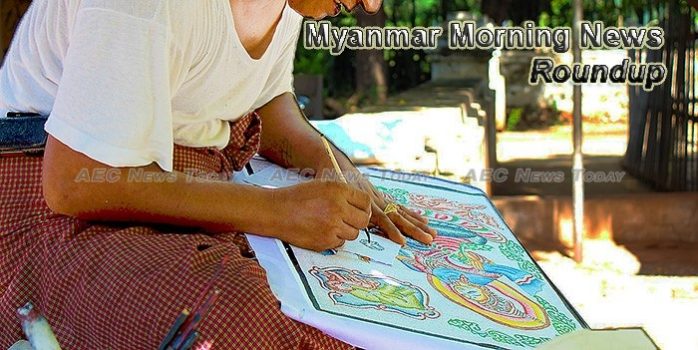 1,200 crimes, 285 dead, 1,073 injured nationwide during Thingyan Festival
Despite security efforts, there were still numerous cases of accidents and crimes during the water festival. an increase from last year’s total.
— Global New Light Of Myanmar

Foreigners not much interested in Myanmar condominium
Foreigners have shown little interest in Myanmar’s condominiums on account of their inability to meet the condominium’s criteria and the weakness of law, according to an analysis by the real estate website House.com.mm. According to the new Condominium Law, foreigners have the right to buy condominiums, but the lack of quality has led foreign expatriates to lose interest, the website found.
— Global New Light Of Myanmar

Myanmar keeps world guessing on refugees
The international community and particularly the Association of Southeast Nations deserve to be fully apprised regarding the fate of thousands of displaced people in Myanmar’s Rakhine state. Instead, all we’ve had is a worrying government announcement that refugee camps were being shut down. Nothing has been said about what happens to them next.
— The Nation

Myanmar’s ‘Great Game’ enters volatile new phase
In late March the US naval ship Fall River—a Spearhead-class expeditionary fast transport vessel—arrived at Yangon’s Thilawa Port as part of a disaster preparedness training exercise. The port call, the first by a US navy vessel in Myanmar since World War II, was referred to by American officials as a “goodwill visit.”
— Asia Times

Manila Water to submit scaled-up proposals in projects in both Myanmar and Indonesia
MANILA Water Co., the water concessionaire for the East Zone of Metro Manila, said it would submit scaled-up proposals within the third quarter of the year for possible water concessions in Myanmar and Indonesia following the completion of its pilot projects.
— Business Mirror