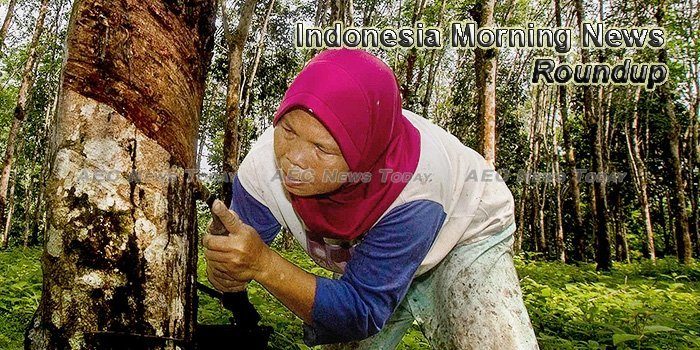 Indonesian rupiah weakens slightly after Jakarta election
Indonesia’s currency weakened slightly on Thursday after polls showed that the incumbent governor of Jakarta had lost his bid for re-election by a big margin.
— Reuters

Asean, UN Partner to Stamp Out Poverty, Transnational Crime
High-level officials of the Association of Southeast Asian Nations, or Asean, and the United Nations met in Jakarta on Tuesday (18/04), where they agreed to enhance cooperation in addressing challenging issues in the region.
— Jakarta Globe

Anies Baswedan wins Jakarta election: Pollsters
A former Indonesian education minister won the race for Jakarta governor on Wednesday after a polarising campaign that cast a shadow over Indonesia’s reputation for practicing a tolerant form of Islam.
— Channel NewsAsia

Tax Hikes Weigh Down Stocks in Cigarette Companies
Stocks of cigarette producers have been performing lower than the benchmark on the local bourse so far this year amid concern among investors about the impact of the government’s tax policy on the sector.
— Jakarta Globe

Fake passports fuel child trafficking to Hong Kong, Singapore
When Siti was promised a high salary for working as a maid overseas, her parents urged her to leave their rural home in Indonesia’s rugged East Java province.
— Daily Mail

Indonesian Women Risk Health to Supply Palm Oil to the West
Much of the palm oil used to keep our ice cream smooth, our chocolate shiny, and our margarine free of trans fats comes from the lush plantations of Indonesia and Malaysia. The big companies that produce the oil for food giants like Kellogg and Nestlé typically promise that it’s harvested in a way that protects both the environment and the workers.
— Pulitzer Center

Ahok loses governorship in Jakarta run-off
On April 19th the capital, Jakarta, went to the polls for the second time in three months to cast votes for the two remaining mayoral candidates, the incumbent governor, Basuka Tjahja Purnama (known as Ahok), and Anis Baswedan.
— The Economist Intelligence Unit

Indonesia, Brunei to hold state visits in PH next week
The Philippines will be hosting two neighboring countries in the days leading up to the Association of Southeast Asian Nations (ASEAN) Summit next week, the Department of Foreign Affairs confirmed Wednesday.
— CNN Philippines

Indonesia Woos Peru to Sign Trade Agreement
Indonesia has planned to improve trade relations with Peru through a trade agreement that is currently being drafted. Trade Ministry’s director general of international trade negotiations Iman Pambagyo revealed that Peru is one of the countries being approached by Indoneisia.
— Tempo.co