Malaysia Morning News For May 25 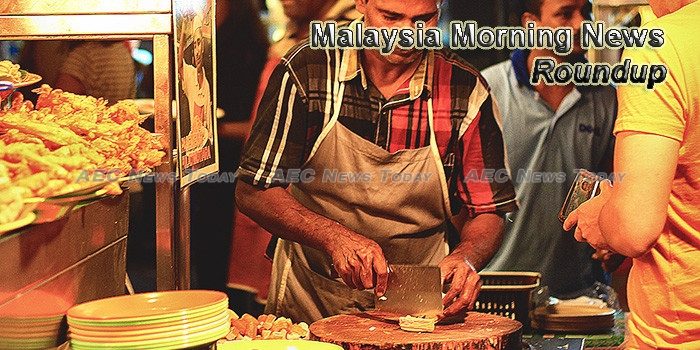 Maybank 1st-Quarter Net Profit Up 19.3% to MYR1.70 Billion; Beats Forecast
Malayan Banking Bhd. (1155.KU), known as Maybank, said first-quarter net profit rose 19.3% from a year ago on a decline in allowances for impairment losses and a rise in net interest and Islamic banking income.
– The Star Online

Cambodia lifts freeze on maids to Malaysia
Cambodia has lifted a six-year freeze on its citizens working in Malaysia as maids, with the first group of workers expected to arrive here after Hari Raya Aidilfitri.
– FMT

Survey shows Najib leads as next PM choice at 31pc, Anwar at 8pc
Datuk Seri Najib Razak remains the top choice to be the next prime minister at 31 per cent while his key political rival Datuk Seri Anwar Ibrahim only scored a miserly 8 per cent support in the latest survey of 17,962 voters carried out by a PKR-linked outfit.
– MALAY MAIL ONLINE

Govt’s open data bank will boost innovation, says Zahid
he Malaysian Open Data is an initiative by the government to share its data for more accurate analysis.
– FMT

Malaysia Morning News For May 2