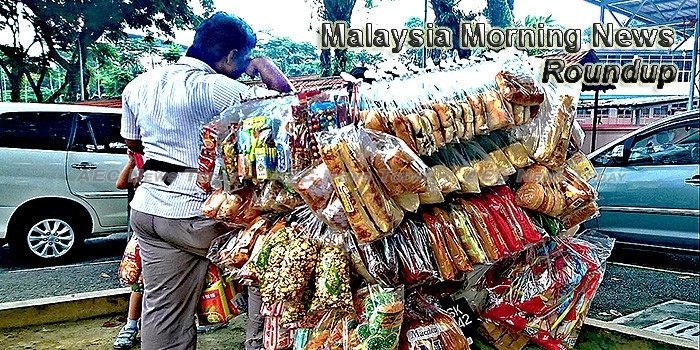 Perak Targets 150,000 Tourists From Indonesia This Year – Zambry
Perak is targetting 150,000 tourists from Indonesia to visit the state this year following the three-day Visit Perak Year 2017 Tourism Mission in Medan and here since last Monday.
— Bernama

Malaysia’s March industrial output up 4.6% on year
Malaysia’s industrial production index (IPI) rose 4.6% in March from a year earlier on higher manufacturing and mining output as electricity production fell.
— The Edge Markets MY

As cabotage policy lifts, Malaysian shipping firms look to relocate overseas
Anticipating massive losses, some local shipping companies are preparing to shift their bases out of the country after the government announced removing the cabotage policy on Sabah, Sarawak and Labuan from June 1.
— Malay Mail Online

1MDB Saga Season II: Who killed Bandar M’sia deal?
The new season of the blockbuster 1MDB political drama thriller could not have kicked off on a more suspenseful note.
— Malaysiakini

MACC arrests TNB manager who accepted BMW as bribe
A Tenaga Nasional Berhad project manager and a renovation company owner have been detained by the Malaysian Anti-Corruption Commission (MACC) in the Klang Valley early yesterday for alleged corruption.
— Malaysiakini

Snatch theft on the rise, public urged to be alert
Snatch theft is on the rise in the federal capital, with 368 cases reported so far this year.
— Malaysiakini

MACC in congratulatory message to Umno urges it to fight graft
The Malaysian Anti-Corruption Commission (MACC) today congratulated Umno on its 71st anniversary celebration and called on the party to fight corruption.
— Malaysiakini

Puteri targets 500,000 members by year-end
PUTERI Umno aims to register half a million members by the end of the year and continue providing a platform for young women to play a role in nation-building.
— New Straits Times

TH Properties entering U.K. market
TH Properties Sdn Bhd, which made its maiden overseas venture to Australia at the end of 2015, will be strengthening its grip on the foreign property market by expanding to London in one or two months.
— New Straits Times