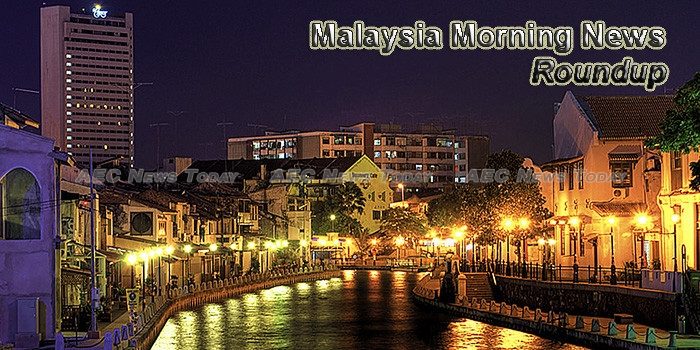 Services driving economy, but what’s next?
Malaysia’s Gross Domestic Product grew 4.2 per cent last year and more than half of it came from the services sector.
— The Malay Mail Online

Grab tells cabbies: We’ll help you raise earnings
Grab has sought to allay fears that the coming regularisation of ride-sharing services in Malaysia will cut into the livelihood of taxi drivers.
— Free Malaysia Today

Crocodile myth boosting illegal trade
THE myth that crocodile parts boast aphrodisiac qualities has led to the illegal trading of the reptile, with some being sold for up to RM100,000 on the black market, Metro Ahad reported.
— The Star Online

CM: Land sale profit makes up 3% of state’s revenue
Chief Minister Lim Guan Eng has dismissed allegations by certain individuals that the state’s profit or its Budget surpluses came from the sale of land.
— The Star Online

Spyware leads local bunker fuel firm to lose RM4.5 million in scam
Kedah police are advising the people to be cautious when dealing with payment into the account of a third party via email transactions.
— Free Malaysia Today

Malaysia is not being pressured by any West Asian country, including Saudi Arabia, which is involved in a regional crisis, to sever ties with Qatar, said International Trade and Industry Minister II Ong Ka Chuan.
— Free Malaysia Today

No alarm bells yet on inflows into Malaysia
THAT foreign investors are expected to pour about US$1 trillion into emerging markets (EMs) this year has not yet set the alarm bells ringing of a potential bubble in Malaysia.
— The Star Online

MALAYSIANS START TO FEEL THE MIGHT OF CHINA’S BITE: THANKS TO MEGA-SALES NAJIB, DURIAN PRICES GO ‘INSANE’!
Have you been craving durian SO MUCH that you have withdrawal symptoms, but the minute you see the price you lose your appetite (and the will to live) and want to vomit blood? Well, misery loves company… just know that durian lovers everywhere are suffering the same pain.
— Malaysia Chronicle