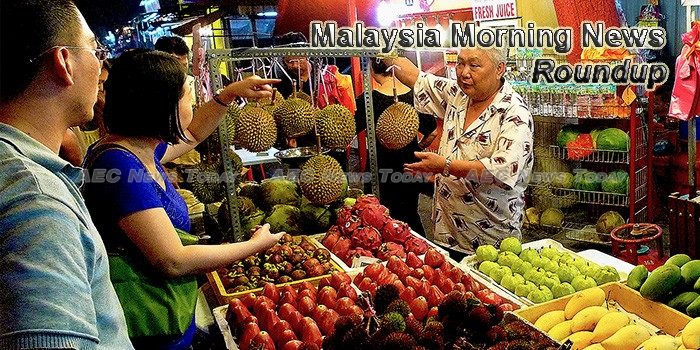 Chinese deities flown on business class to Malaysia
Images of three revered Chinese deity statues went viral on social media after they were seen travelling in business class on a flight from China’s port city of Xiamen to the Malaysian capital Kuala Lumpur. But what is the story behind it?
— BBC

Venturing upstream through Petros
The state-owned oil and gas (O&G) company is expected to commence operations early next year.
— The Borneo Post

Money for Nothing: Why report on the ringgit is misleading
Quoting Bloomberg, which in turn relied on the analysis of a financial company, Shroeders, the Malaysian authorities argued that “ringgit Malaysia (RM)” was the strongest among a basket of Asian currencies, including that of Japan and China.
— Malaysiakini

Taking cleanliness seriously for sake of their business
IN JANUARY 2016, the Selayang Municipal Council (MPS) ordered all 24-hour eateries to close for at least two hours a day to clean up their premises.
— The Star Online

IGB to present revised takeover bid to shareholders
IGB Corp Bhd will present the revised terms of its takeover offer by Goldis Bhd to its shareholders for deliberation, before making a decision to take it private.
— The Star Online

Malaysia morning news for May 1