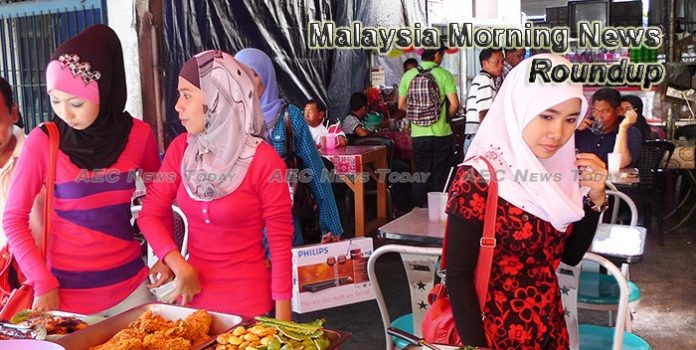 Malaysia maintains strong growth on govt measures
Malaysia has been able to sustain its strong economic growth over the years, driven by measures introduced by the government including the National Transformation Programme (NTP) which was launched in 2010.
— The Borneo Post

Better corporate earnings seen in second quarter
The road to recovery was the theme during the earnings reporting season for the first quarter of this year (1Q17). As the 2Q17 earnings season gets underway, investors are moving on to the next theme — that of sustainable revenue and earnings growth.
— The Edge Markets

Positioning Malaysia at the forefront of low carbon cities
URBAN development is the primary producer of greenhouse gas (GHG) emissions that contribute to climate change. Fuelled by rising population, the situation will worsen unless steps are taken to implement green and sustainable development.
— New Straits Times

Smart city-like project in Malaysia woos investors
A NEW CITY of 6 million square metres is being planned for the Iskandar Region of Malaysia. Country Garden Pacificview (CGPW), the master developer of Forest City, is seeking investors for its US$100 billion (Bt3.3 trillion) project, with CEO Baiyuan Su trumpeting the project as Southeast Asia’s first and largest mixed-use green development with a “smart city” design theme.
— The Nation

June global semiconductor sales surge to RM140 billion
Global sales of semiconductors rose nearly one-quarter in June 2017 to US$32.6bil (RM140bil) from a year ago, boosted by sales in the Americas, says the Semiconductor Industry Association (SIA).
— The Star Online

Industry 4.0 experts to speak at conference next month
The Industry 4.0 and Digitalisation conference which will be organised next month, is expected to be an important knowledge-sharing platform with regard to Malaysia’s human capital development for the fourth industrial revolution.
— The Star Online

MPOB To Fund Smallholders’ Audit Fees To Be MSPO-Certified By 2019
The Malaysian Palm Oil Board (MPOB) will fully fund auditing fees for smallholders so as to be Malaysian Sustainable Palm Oil (MSPO) certified by 2019.
— Malaysian Digest

Malaysia Bans Book Promoting Moderate Islam for ‘Undermining Order’
Deputy Prime Minister Ahmad Zahid Hamidi declared that anyone who violates the ban of the book, which was published in neighboring Singapore, risks a prison sentence of up to three years.
— Breitbart

Disgruntled $16-a-day earners may seal Najib’s fate in Malaysia
In Malaysia’s capital, a banana fritter seller fastens helmets on his two children and helps them onto his motorcycle. A third child stays with a school bag on the footpath outside their flat. He’ll need to wait for his father to come back.
— The Edge Markets

MMHE’s value – emerging or disappearing?
Malaysia Marine and Heavy Engineering Holdings Bhd’s (MMHE) value is starting to emerge as most of its projects will be delivered from FY18, and its marine business segment remains strong, said RHB Research Institute.
— The Sun Daily

Employers fret over EIS
The Kuching Chinese General Chamber of Commerce and Industry (KCGCCI) disagrees that the Employment Insurance Scheme (EIS) will not burden employers in terms of costs.
— The Borneo Post