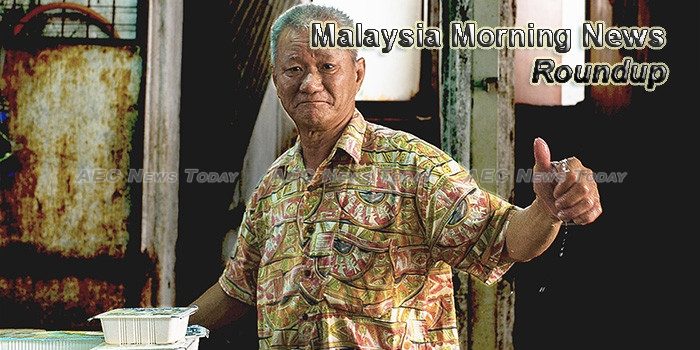 Malaysian pilgrims travel to Makkah by land
A group of Malaysian Haj pilgrims have passed by Dubai before going to Makkah. They have traveled for over a month by land and crossed nine countries, from Malaysia to the UAE, before reaching KSA on Monday. Their journey is brought about by their desire to promote unity and greater humility among Muslims.
— Khaleej Times

Elaborate scam dupes divorced mother of $1.1 million
Multiple trips to Malaysia, a fake United Nations officer, a fake bank website and a briefcase purportedly containing US$2 million (S$2.7 million) in cash – this was the elaborate set-up of a scam that swindled a woman here of $1.1 million.
— The New Paper

Little Movement Seen For Malaysia Stock Market
The Malaysia stock market has alternated between positive and negative finishes through the last five trading days since the end of the two-day losing streak in which it had fallen more than 5 points or 0.3 percent. The Kuala Lumpur Composite Index remains just beneath the 1,770-point plateau and it figures to remain rangebound again on Tuesday.
— Nasdaq

Mercedes-Benz GLC200 launched in Malaysia, RM288,888 – RM37k less than GLC250 4Matic
After appearing in a local dealership a few days prior, Mercedes-Benz Malaysia has now officially launched a new variant of the GLC – the locally-assembled GLC 200 Exclusive, which joins the existing GLC 250 4Matic AMG Line and AMG GLC 43 4Matic.
— Paultan

Only 7,000 Specialists In Malaysia, We Need More Doctors To Specialise
It is hard to believe that we live in a country where heart disease is found to be the number one killer disease in the last 10 years, and the National Heart Institute revealed that it treats at least 150,000 heart patients per annum, yet we have roughly less than 500 cardiologists, amongst our population of 32 million people.
— Malaysia Digest