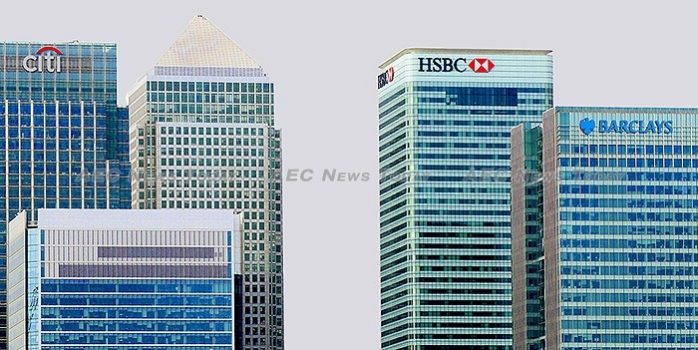 Back in 1997 Asean leaders agreed to transform Southeast Asia into a stable, prosperous and competitive region characterised by equitable economic development. The ‘Asean Vision 2020’ sought to reduce poverty and socio-economic disparities. As a vehicle to achieve this vision, Asean leaders established the Asean Economic Community (AEC).

The AEC is built upon a blueprint of four interrelated pillars: realising a single market and production base; creating a highly competitive economic region; achieving equitable economic development; and full regional integration into the global economy.

So far Asean financial integration has only translated into a free flow of services. The need for further integration of the financial market is clear. With it, Asean corporations will be able to enjoy more abundant sources of low-cost funding and Asean countries’ international competitiveness will in turn increase.

The banking industry, which dominates the financial sector, is now the main target of further integration through the Asean Banking Integration Framework (ABIF). The purpose of the ABIF is to facilitate progressive market access and operational flexibility for Qualified Asean Banks (QAB), subject to prudential requirements and reciprocal arrangements. QABs are envisaged to have an even greater role in facilitating intra-Asean trade and investment by 2020.

Under the ABIF initiative, QABs will act as ‘special banks’ with preferential treatment over non-QABs or non-Asean foreign banks. In countries that have a multi-layered banking licensing regime, QABs will reap more benefits than non-QABs or non-Asean foreign banks due to their operational flexibility. QABs can offer a broader suite of banking products and services at the same level as local banks.

Since Asean integration is supposed to support equality and lessen disparity, there should be greater efforts made to minimise gaps in banking presence. The most obvious such gap is the difference in the number of banks from some Asean members as compared to other Asean member states.

In Indonesia, the existence of big Asean banks is obvious. While their presence is mainly in the form of foreign branches and joint venture banks, their networks are extensive. One joint venture bank has more offices in Indonesia than in its home country.

The revenue contribution from Indonesian banking operations has been significant, with some Asean banks in Indonesia establishing financial conglomerates. They acquired leasing companies or established Islamic Banks. This suggests that the Indonesian economy has great potential.

While it is obvious that the motives behind these agreements are not always the same, one unifying desire is to reap sustainable benefits from the Asean banking market that all member countries serve.

The journey to establish the ABIF has been long and bumpy. Fancy guidelines are not automatically achievable and applying the ABIF concept is even more difficult than was previously imagined. There are many aspects to be considered in the dialogue process that go beyond financial and economic figures.

A good-to-go agreement should meet three criteria. It should consider the current landscape, be business friendly and focus on a win-win solution. The existing Asean banking presence is the best departure point to reach such an end agreement.

No matter how good this agreement is, at the end of the day the most important thing is that it should be operational at a business level. There is the risk that a concluded agreement may not attract banks to use it because it is not financially feasible.

So what now for Asean governments? In order to facilitate greater financial integration, the major role for governments now is to focus on investing in infrastructure so that businesses can run efficiently.

In the context of Indonesia, the Financial Services Authority (OJK) needs to step up and build bridges and highways for Indonesian banks to enter foreign markets — while still keeping in mind domestic interests. But not everyone can be pleased at once. There is no guarantee that any single Asean agreement will be interesting to all potential QABs.

Asean governments should be committed to finding the best deal that they can afford. Since the ABIF agreement is based on mutual benefit, a win-win solution will always be on the doorstep. It is only a matter of finding the willingness to let one another in.

This article was written by Triyono, an Advisor to the Board of Commissionaires on International Affairs at the Indonesia Financial Services Authority (OJK).  It first appeared on East Asia Forum under a Creative Commons License and is reproduced here with its permission.

Asean Doesn’t Have AEC Foundations in Place Yet