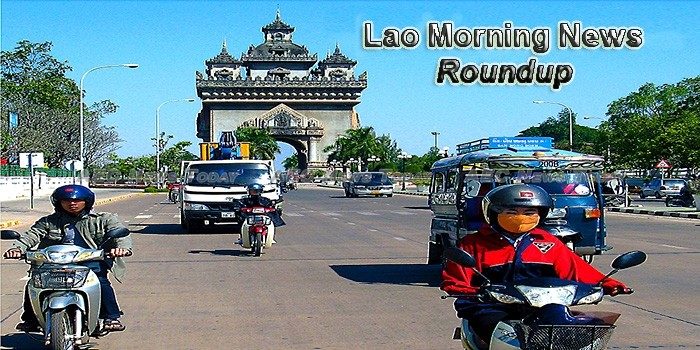 Laos Must Broaden Tax Base, Strengthen Administration: IMF
Laos should increase its revenues by broadening the tax base, reducing exemptions, and strengthening tax administration, the International Monetary Fund (IMF) said in its Article IV Report for the country.
— Tax-News

Monthly Cabinet Meeting Prepares Laws for NA to Consider
(KPL) The monthly cabinet meeting for February has been focusing discussions on two draft laws on water and water resources and protection of domestic industry so as to submit drafts to the National Assembly meeting for consideration.
— Lao News Agency

Govt dealing with illegal petrol imports
New requirements for companies seeking to import petroleum to Laos are being reviewed or devised after the government made a decision last month to reduce the number of fuel companies from 22 to five.
— Vientiane Times

You won’t find this Laotian cooking in Laos, and that’s the point
Laap (a.k.a. larb) is always a meaty dish: flesh, offal, and skin, all minced together and seasoned, sometimes with fresh blood.
— bon appetit