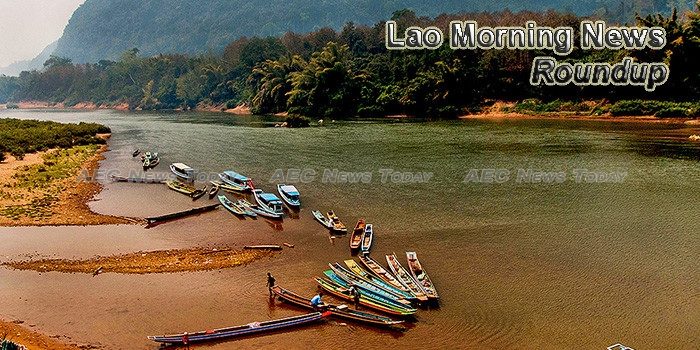 196 Clinics Face Closure Due to Failure to Comply with Laws
The Ministry of Health has ordered closure of one clinic in Vientiane and refused to extent licenses for other 195 clinics nationwide due to their failure to comply with applicable laws.
— Lao News Agency

Low-quality hydropower projects to face void, minister tells assembly
Hydropower projects with low-quality technical standards in their construction will be cancelled, the Minister of Energy and Mines told the National Assembly (NA) on Monday.
— Vientiane Times

NA hears nation’s healthcare developments
The Ministry of Health has been increasingly successful in protecting the benefits and the right to healthcare with the majority of the nation’s people now having greater access to better quality health services, the nation’s legislators have been told.
— Vientiane Times

Laos Sets Ambitious Plan to Attract 5.2 Million Tourists In 2018
The government has an ambitious plan to have more than 5.2 million foreigners visiting the country and increase the annual income generated by the foreign visitors to US$900 million next year.
— Lao News Agency

Tourism sector a positive development driver for communities, country
The government will continue to develop and steadily promote the tourism industry focusing on the nation’s cultures and natural environment to help provide a boost to the sector as one of the keys to national socio-economic development, the nation’s legislators were told.
— Vientiane Times

Illegal rhino horns intercepted on Singapore-Vientiane flight
Customs officials at Wattay International Airport in Vientiane confiscated five pieces of illegal horn of the endangered African rhino with an estimated black market value of more than one billion kip after they were transported on a SilkAir flight from Singapore to Laos on Monday.
— Vientiane Times

Supreme Prosecutor reports on improved law and order efforts
Prosecutors have worked more actively in the past nine months, being involved in law enforcement taskforce inspections to ensure justice for society.
— Vientiane Times

Vice Premier Sonexay Visits Vietnam to Enhance Ties between the Two Countries
In response to the invitation of his Vietnamese counterpart, Deputy Prime Minister Sonexay Siphandone is paying an official visit to Vietnam on Oct 23-29 to enhance ties and cooperation between Laos and Vietnam.
— Lao News Agency