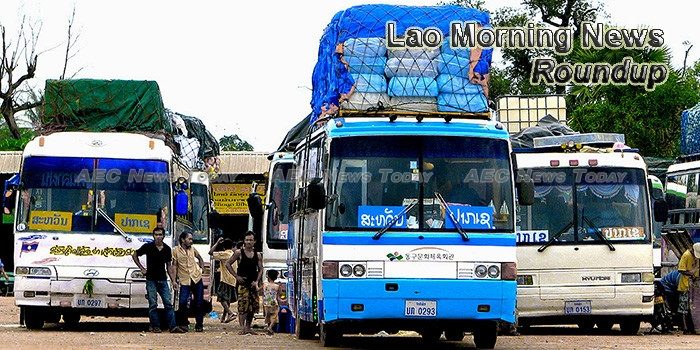 Minimum wage hike in the pipeline
A tripartite meeting held in Vientiane recently agreed to increase the minimum wage from the present 900,000 kip to 1.2 million kip a month, a senior official has confirmed.
— Vientiane Times

Parliament approves health targets
The National Assembly (NA) has approved targets that will require the government to reduce the number of underweight children aged under five from 22 percent to 21 percent by 2018.
— Vientiane Times

Chinese Firms Eye Laos Opportunities
Chinese investors in Laos believe there is great potential for China-Laos business ties, even though some challenges still remain in terms of investment in the country.
— Lao News Agency

Second Doses against Measles, Rubella for Children to Launch Next Year
The second round of vaccination against measles and rubella (MR2) for children aged between 12 and 18 months will be launched early next year.
— Lao News Agency