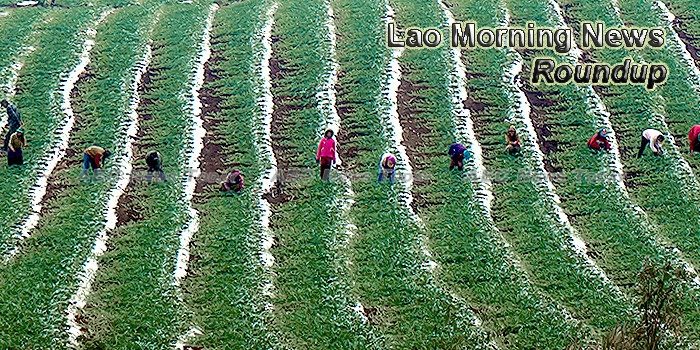 Rohas Tecnic rises 4.04% on bagging US$70m job in Laos
Shares of Rohas Tecnic Bhd rose 4.04% this morning after the company, via its wholly-owned subsidiary Rohas-Euco Industries Bhd (REI), has bagged a US$70 million (RM300 million) contract from Electricite du Lao to supply and construct transmission lines, substations and distribution lines in Laos.
– The Edge Markets

Switzerland backs development of agro-biodiversity
The Swiss government says it will provide US$5.1 million (more than 41 billion kip) for the third phase of its Agro-Biodiversity Initiative project.
– Vientiane Times

UNICEF, EU extend funding for improved nutrition
The United Nations Children’s Fund (UNICEF) and the European Union (EU) to Laos have forecast a budget of over 11 million euros in assistance to Laos to improve nutritional health.
– Vientiane Times

Govt to scrutinise budget use
The government will be looking at the ways in which the budget is spent and has warned that projects that make no progress or are unproductive will be halted.
– Vientiane Times

First Draft Civil Code Introduced for Debate
A Civil Code draft has been proposed at the ongoing 3rd Ordinary Session of the National Assembly (NA) for debate and consideration.
– Lao News Agency