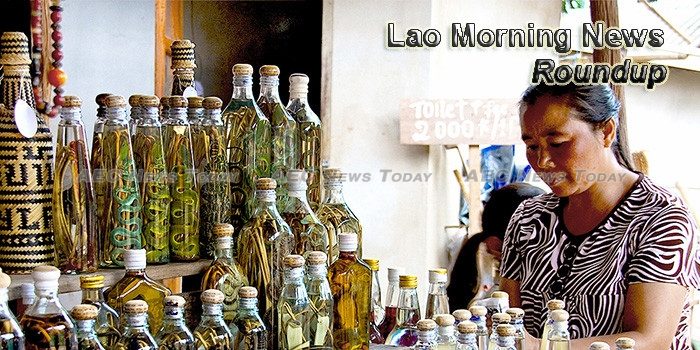 China: Pineapple seedlings from Basuo sold to Laos for the first time
Recently, the Hainan Wanzhong Industry Company Ltd. produced 10,000 pineapple seedlings, worth 11,000 US dollars, and sold them to Laos for the first time. These seedlings have successfully passed AQSIQ’s examination in Henan province and have been transported to Myanmar for further transportation to Laos.
— Fresh Plaza

Legal sector development building gets assistance from Japan Times Reporters
Laos and Japan will join forces to enhance efforts to develop institutional and individual capacities in the legal sector to realise the government’s master plan of building the country into a state governed by the rule of law.
— Vientiane Times

Over 100 Million Kip Donated for Disaster Victims in Vietnam
Over LAK 100 million, approximately over US$ 13,000, has been announced donated as relief aid for the victims of tropical storm Damrey in south central provinces of Vietnam.
— Lao News Agency