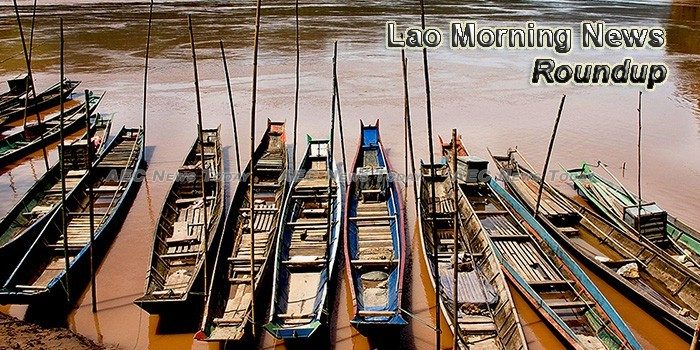 Laos-China Railway Confirmed to Be Completed by End of 2021
Mr Chen Jiandong, an inspector of International Cooperation Department, China Railway, confirmed last week that the construction of the Laos-China railway will be completed by the end of 2021.
— Lao News Agency

Laos, Vietnam vow to increase bilateral trade
Laos and Vietnam have agreed to work together to increase the volume of trade between the two neighbours, a senior government official has said.
— Vientiane Times

PM pushes for strict land management
Prime Minister Thongloun Sisoulith has urged all sectors and authorities to close loopholes in the use and management of land, saying land should be protected for successive generations.
— Vientiane Times

Luang Prabang, Champassak are top hotspots for tourists
The most popular destinations among visitors this winter are Luang Prabang, Luang Namtha, Vientiane, and Champassak provinces, according to tour operators.
— Vientiane Times