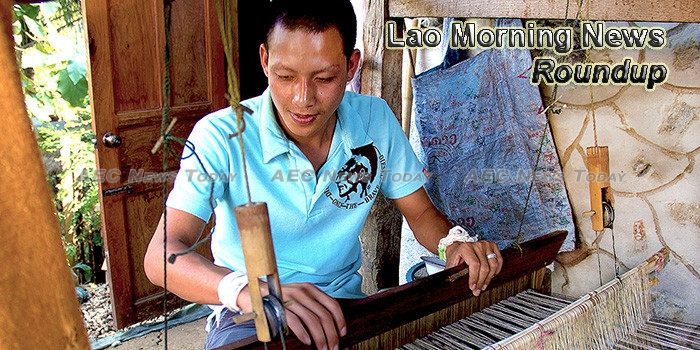 First Oil Refinery Expected to Be Completed Next Year
The construction of the first ever oil refinery in the Saysettha Comprehensive Development Zone, Vientiane is expected to be completed in mid-next year.
— Lao News Agency

Govt, EU negotiate to promote legal timber trade
The Lao timber sector has taken a further step towards improved accessing to the EU market, where the import and sale of timber obtained through illegal logging is prohibited by law by making available a revised definition for legal timber.
— Vientiane Times

Attapeu governor vows to identify, punish illegal timber traders under law
Investigations are ongoing to identify those behind illegal timber found on trucks in Attapeu province with the wrongdoers to be held responsible and face the law, the provincial governor has said.
— Vientiane Times

University entrance results to be announced this month
The assessment of entrance exams for National University of Laos (NUoL) will be completed within 30 days after examinations were held on July 25 to comply with standards set by the Ministry of Education and Sports, the university has confirmed.
— Vientiane Times

Entertainment venues schools, hospitals prepare for closure order
Education authorities are preparing to cooperate with fellow government agencies to shut down entertainment venues if found to be in breach of regulations once receiv ing the appropriate order.
— Vientiane Times

Elgin hosts Lao conference, reconnects with sister city
A recent conference, a trip overseas and a reconnecting with a sister city have offered an opportunity to strengthen bonds between Elgin and its Lao community.
— Chicago Tribune

Lao Morning News For May 4