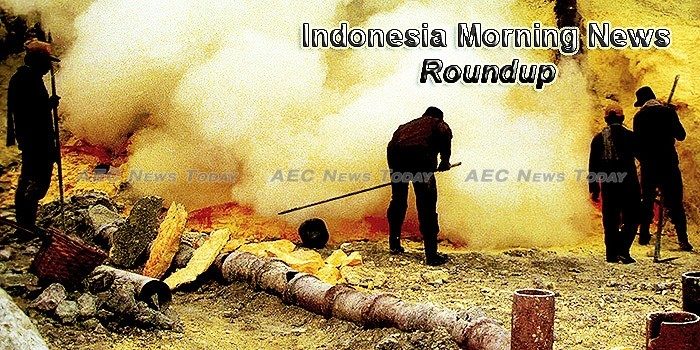 Indonesia Stock Market May Test Resistance At 5,400
The Indonesia stock market has finished lower in two of three trading days since the end of the three-day winning streak in which it had gathered almost 45 points or 0.9 percent. The Jakarta Composite Index now rests just above the 5,360-point plateau, although the market is expected to move higher again on Thursday.
— Nasdaq

Jakarta to have the highest ferris wheel in Indonesia
A ferris wheel claimed to be the highest in the country will be placed on top of the shopping center AEON Mall, which is currently under construction, in Jakarta Garden City in Cakung, East Jakarta.
— Jakarta Post

Indonesia promotes the use of data for policymaking
AS THE largest economy in the Southeast Asia (SEA), Indonesia is one of the founding members of the Open Government Partnership (OGP), a multilateral initiative to promote transparency, fight corruption and harness new technology to strengthen government.
— Digital News Asia

How effective is media verification in stopping fake news?
The Indonesian authorities can take legal measures against fake news or libellous statements, which has the potential to foment social unrest, by using the already available regulations.
— Asia News Network

Indonesia, Saudi sign deals as king starts landmark visit
Indonesia and Saudi Arabia Wednesday signed agreements in areas ranging from trade to aviation as the kingdom’s monarch visited the world’s most populous Muslim-majority country for the first time in almost half a century.
— The Star Online

Indonesia faces test in push for mining reforms
The Grasberg mine in Papua, Indonesia, is the largest gold mine and second-largest copper mine in the world. Operated by PT Freeport Indonesia, a subsidiary of United States mining giant Freeport McMoran Inc, it was part of the initial wave of foreign investment that ensued after Indonesia liberalised its investment regulations in 1967.
— The Straits Times

More BlackBerry phones coming, one leaks out from Indonesia
It may seem ironic at first brush that there might actually be more BlackBerry smartphones released after BlackBerry itself decided to stop making its own smartphones. That is, of course, also an expected consequence since the production of devices is no longer dependent on BlackBerry’s capabilities. The year may have kicked off with the BlackBerry KEYone, previously the “Mercury”, but 2017 may see at least 5 new BB phones launched. One from BB Merah Putih in Indonesia, might actually be closer to launch.
— Slash Gear

Forget Target: This Indonesia Department Store Is Also In Trouble But Twice As Expensive
Target (TGT) tumbled 12% on Tuesday to a one-year low after reporting that it expected its same-store sales to decline in the low-single digit in fiscal year 2017.
— Barron’s (blog)

Poroshenko signs law on ratifying agreement with Indonesia on cooperation in defense industry
Ukrainian President Petro Poroshenko has signed the law on ratification of the agreement between the Cabinet of Ministers of Ukraine and the government of Indonesia on cooperation in the defense industry, approved by the Verkhovna Rada on February 8.
— Interfax

Myanmar Morning News For May 3

Thailand Morning News For May 14