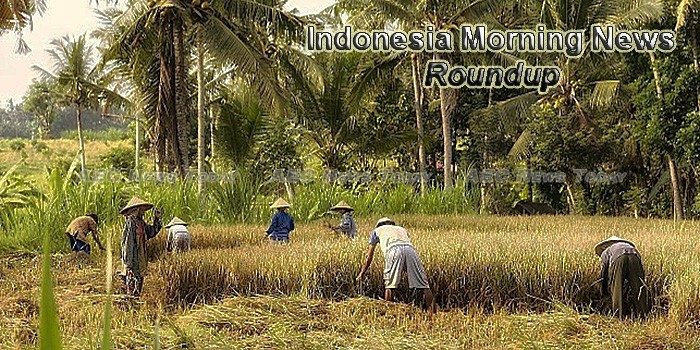 Four Indonesians richer than poorest 100 million
A report on inequality in Indonesia says its four richest men now have more wealth than 100 million of the country’s poorest people.
— Al Jazeera

Legal avenues should be used to work abroad: BNP2TKI
The Agency for the Placement and Protection of Indonesian Migrant Workers’ (BNP2TKI) head, Nusron Wahid, has called on those wishing to work abroad to use legal avenues to do so.
— Jakarta Post

Indonesia’s Printerous raises $1.4M to digitize traditional printing
Printerous, an Indonesia startup that is bringing the country’s printing industry into the digital era, has raised $1.4 million. The round was led by Golden Gate Ventures with participation from U.S. firm Sovereign’s Capital and Indonesian conglomerate Gunung Sewu Kencana.
— TechCrunch

Student mobility plays a key role in linking Indonesia and the Netherlands
From Feb. 12 to 16, the Dutch Education, Culture and Science Minister Dr. Jet Bussemaker visited Indonesia to further strengthen ties in the fields of education and research between the two countries. Central themes during the intensive bilateral discussions were student mobility and the connection between education and the labor market.
— Jakarta Post

Construction of new Semanggi overpass to take only a month
The planned additional overpass on the side of Jl. Gatot Subroto, as a part of the development of the Semanggi traffic cloverleaf in Central Jakarta, is set to be finished within a month, a contractor has said.
— Jakarta Post

Indonesia increases weight limit for imported Australian cattle
The Indonesian Government has signed off on changes to the maximum average weight of feeder cattle imported from Australia.
— ABC Online

Worse for Wear: Indonesia’s Textile Boom
WITH THE FIRST light, men in long boats are on the Upper Citarum River, filling their hulls with bottles, cans and bits of broken plastic — anything that can be recycled for a few rupiahs. Everything anyone might throw away is here.
— Undark Magazine

Bioenergy in Indonesia
Indonesia – Research on bioenergy is in high demand in Indonesia, where the sector is seen as a potential way forward for energy security and sustainable development.
— Forests News