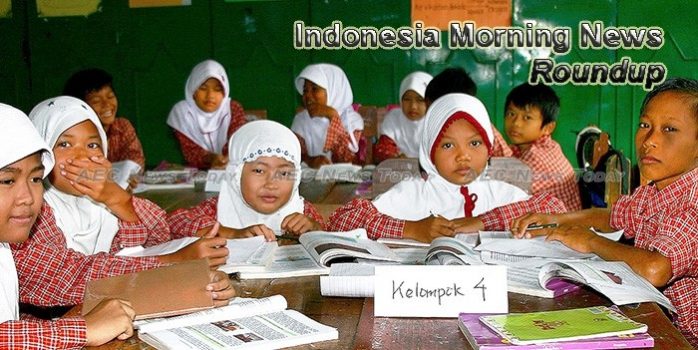 Indonesia ‘Death Zoo’: President Widodo Petitioned to Save Starving Sun Bears at Bandung Zoo
A petition imploring Indonesia President Joko Widodo and Minister of Environment and Forestry, Siti Nurbaya Bakar, to shut down the Bandung Zoo on Change.com has so far garnered more than 704,900 signatures. The petition was started after video of what appear to be emaciated Sun Bears (also known as honey bears) was posted on social media sites, including that of People for the Ethical Treatment of Animals (Peta).
— AEC News Today

Growth of IS See’s Female Terrorist Numbers Rise in Indonesia
Women’s roles in terrorist networks in Indonesia have until now been dictated by kinship ties through marriage, involving facilitating logistics and finance for terrorist acts. But there is a growing trend of women taking on combat roles.
— AEC News Today

Freeport Put $12 Billion Into a Giant Mine; Now Indonesia Is Squeezing It Out
Freeport-McMoRan Inc.’s standoff with Indonesia over the giant Grasberg copper and gold mine is entering a new phase, as the company scales back operations while trying to force a resolution to the dispute.
— Wall Street Journal

PAN to Support Anies-Sandiaga in Second Round of Jakarta Poll
The National Mandate Party, or PAN, on Saturday (18/03) officially announced its support for Anies Baswedan and Sandiaga Uno in the second round of Jakarta’s gubernatorial election on April 19.
— Jakarta Globe

Another Banker Arrested in Rockit Adelway $62.5m Fraud Case
A banker, identified as I.U., has been arrested for allegedly receiving a bribe in return for approving a fake loan proposal from Harry Suganda, the owner of Rockit Adelway construction materials firm, police said on Sunday (19/03).
— Jakarta Globe

BRG Partners With Indigenous Groups to Restore Peatlands and Combat Wildfires
The Peatland Restoration Agency, or BRG, and the Alliance of the Indigenous Peoples of the Archipelago, known as AMAN, have agreed to work together in peatland restoration and combating wildfires.
— Jakarta Globe

Indonesia shuts down Ahmadiyya Mosque in Depok
Ahmadis were forced to perform Friday prayers in the courtyard after Indonesian authorities shut down the community’ Mosque in Depok, a satellite city of the capital, Jakarta.
— Rabwah Times (press release) (blog)

Jokowi encouraged not to change stance on tobacco bill
The recent decision made by President Joko “Jokowi” Widodo to kill the controversial tobacco bill and support public health has garnered compliments from the public and anti tobacco activists. However, his decision to send ministers to inform the House is feared to open gates that could overturn his decision.
— The Jakarta Post

Indonesian officials told to stop shaking down Chinese tourists
The Chinese embassy in Indonesia has accused local customs officials of targeting Chinese tourists and demanding they give them illicit “tips” at border controls.
— The Star Online

Fintech firms see huge potential in e-commerce in Indonesia
A bright yellow sign at the front of Mr Asep Hermawan’s stall in South Jakarta reads, “We accept KJP for the purchase of school uniforms, books and pencils”.
— The Straits Times

Indonesia’s tobacco bill stubbed out but concerns remain
INDONESIA’s President Joko “Jokowi” Widodo this week rejected a draft law that if approved could have led to a sharp increase in tobacco output, putting himself on a collision course with major players in one of the country’s oldest industries.
— Asian Correspondent