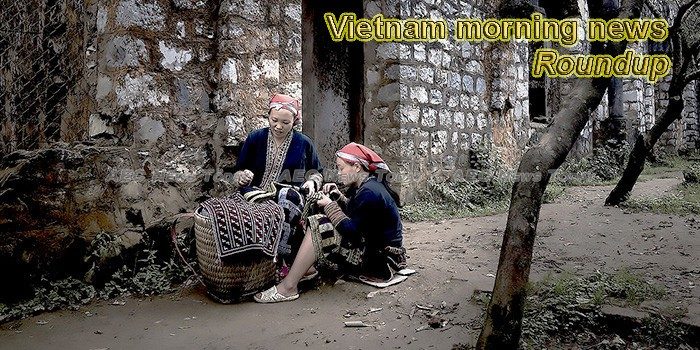 Rice firms face bankruptcy as trade face difficulties
A series of companies who rushed to trade rice a decade ago are now facing difficulties and in some cases, have gone bust.
— Bizhub

Vietnam asks China and Philippines to restrain in South China Sea
Vietnam has asked related parties to act responsibly and avoid furthering tension after many China vessels approached an island occupied by the Philippines.
— VnExpress

Government to better policies to boost automobile industry
The Government will provide policy support for automakers, but not at the cost of breaking its international integration commitments, Prime Minister Nguyen Xuan Phuc has said.
— Bizhub

Saigon pushes 2021 deadline for metro line despite uncertain contractors
HCMC authorities want the long-delayed metro line to be up and running in 2021 although contractors are not sure.
— VnExpress

ARF Inter-Sessional Meeting on Maritime Security opens in Da Nang
The 11th ASEAN Regional Forum Inter-Sessional Meeting on Maritime Security (ARF ISM-MS) opened in the central city of Da Nang on March 14 with the participation of more than 80 delegates from 27 ARF countries and experts from international organisations.
— VietnamPlus

Moscow meeting connects Vietnamese, Russian SMEs
A meeting was held in Moscow on March 13 to enhance ties between small- and medium-sized enterprises (SMEs) of Vietnam and Russia.
— VNA NET

High potential for fruit, vegetable exports to China
China is current the biggest market for Vietnamese agricultural products, but its demand for fruits and vegetables is still growing, offering a chance for Vietnamese firms to boost even stronger shipments to this country.
— VietnamNet Bridge

Airlines checked by shortage of pilots
Vietnamese airlines are becoming increasingly competitive over trained pilots, especially since new players have announced setting up operations in the country.
— VietnamNet Bridge

Mekong farmers use iPads to learn about ‘smart’ agriculture
Authorities in the Mekong Delta province of Dong Thap have taken measures to bring farmers closer to smart agriculture at a time when they are struggling to find buyers for their produce.
— VNA NET