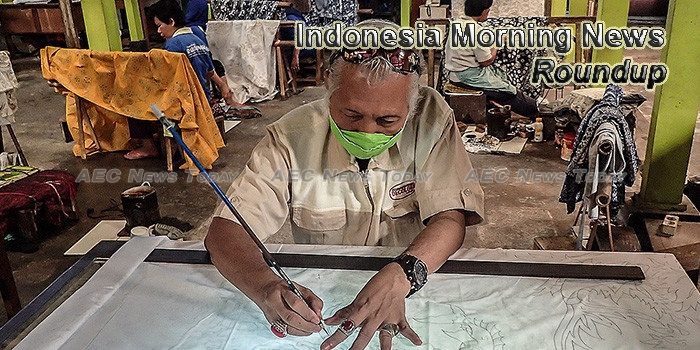 RISING 50 new history for Indonesia, Singapore air forces
At the commemorative event the two countries air forces also formed “arrow ahead” and “bomb burst” which was done by six F15s of the Republic of Singapore Air Force.
— Antara

Update on Freeport’s Grasberg mine and Indonesia
The timing and process of divestment is being discussed with officials of the Indonesia government . The divestment will be structured so that Freeport McMoRan, Inc will continue to retain control over operations and governance of the Grasberg operations
— Arizona Silver Belt

S. Korean Automaker Hopeful About Indonesia’s Auto Market
According to data from the Indonesian Automotive Association (Gaikindo), automakers sold 85,131 vehicles in July, up from 61,891 units sold during the same period a year earlier.
— Jakarta Globe

Homegrown NHF Group to take on Indonesia
After 40 years of solidly serving Malaysians with their high-quality automotive parts and services, New Hoong Fatt Group (NHF Group) is ready to take on the Indonesian market next.
— Astro Awani

Indonesian pirates who seized oil tanker arrested by Malaysian coast guard
Commando units were rushed by helicopter to the Thai-flagged tanker, which was carrying RM7 million (US$1.7 million) worth of diesel, after it vanished off tracking systems on Wednesday afternoon
— Channel NewsAsia

Indonesia’s Corruption Eradication Commission Law Weathers the Storm, For Now
Thanks to the 2002 KPK Law, the commission has only grown stronger in the face of financial and personnel challenges. But if the fundamental structure of this law were to change, either from amendments or successfully reframing it in court, the effects could be significant.
— The Diplomat

Indonesia accords priority to sports development before Asian Games
Indonesian Youth and Sport Minister Imam Nahrawi said that the ministry has determined a total of 20 sports for maximum development in preparation for the regional sport event in the country and the international sport event.
— Business Standard

Indonesia named best destination of the year at TTG Travel Awards
Thailand is currently the archipelago’s strongest competitor in Asia. In 2016, it welcomed 36 million foreign tourists whilst Indonesia only recorded 12 million.
— The Jakarta Post

THIS SCHOOL IN INDONESIA IS SUSPECTED OF NURTURING ISIS CHILD JIHADIS
At least 12 people from Ibnu Mas’ud, an Islamic boarding school, traveled to or attempted to travel to Iraq and Syria to join the ranks of the radical Islamist group between 2013 and 2016.
— Newsweek

Indonesia unveils policy to speed up expansion of mangroves
The rules provide guidance to provincial administrations and other stakeholders in managing mangrove forest based on the characteristic of their territory.
— Reuters