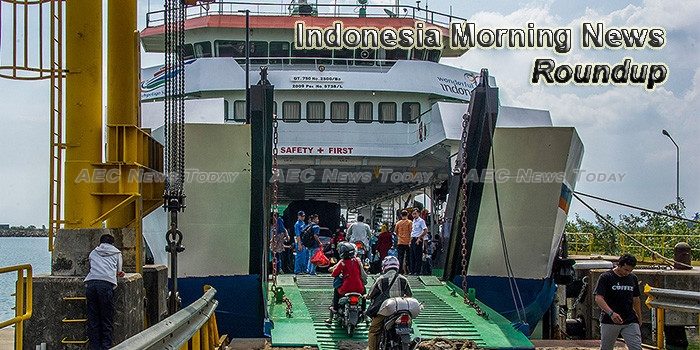 Indonesia Faces Challenges in Infrastructure, Tax, Poverty
Indonesia is on track to become a trillion-dollar economy and should be the envy of Southeast Asia. Yet on some key measures, the region’s biggest economy is falling behind.
— Financial Tribune

Indonesia Hunts For Investors for Projects Worth Hundreds of Billions
Indonesia will turn to private investors for the hundreds of billions of dollars in investment needed to develop the archipelago’s infrastructure and natural resources, President Joko Widodo said, brushing off claims he was increasingly becoming an economic nationalist.
— Bloomberg

Indonesia, Niger agree to cut tariff barriers
The Indonesian and Nigerien governments have agreed to reduce tariff barriers, in an attempt to increase trade between the two countries.
— Antara

SINGAPORE STOCKS OVER 2-MONTH HIGH, INDONESIA MARKET HIGHER
Drivers picket to oppose the government’s plan to phase out old and dilapidated jeepneys on a street in Paranaque City, south of Manila. The Philippine stock exchange was closed on Monday due to a transport strike.
— GENTRY BUSINESS LEADER

Indonesia to be Asia’s new $1-trillion economy
Indonesia is on track to become a trillion-dollar economy and should be the envy of Southeast Asia.
— Business Standard

Indonesia may see 5.4 pct growth this year: official
Indonesia’s Coordinating Minister for the Economy Darmin Nasution said on Monday that the nation may see a 5.4 percent economic growth by the end of this year on the back of improving economic parameters, including investments and exports.
— Xinhua

Opposition-backed Baswedan sworn in as Jakarta governor
Former education minister Anies Baswedan was sworn in Monday as new governor of the sprawling Indonesian capital of Jakarta for a five-year term in a ceremony at the presidential palace.
— Nikkei Asian Review

Central Bank Survey: Credit Demands Increase in 13 Economic Sectors
Throughout the third quarter of 2017, demand for credit in 13 economic sectors have increased, especially in the processing or manufacturing sector, but demand for financing on mining indicated still sluggish.
— Netral News

Lost from Thailand and Malaysia, Forex Proceeds from Tourism Sector only $11.3 Bln
The contribution of the tourism sector to Indonesia’s foreign exchange (forex) reserves is still relatively limited compared to other countries in the region.
— Netral News

Jokowi roots for private investment as Freeport dispute lingers
Indonesia will turn to private investors for the hundreds of billions of dollars in investment needed to develop the archipelago’s infrastructure and natural resources, President Joko Widodo said, brushing off claims he was increasingly becoming an economic nationalist.
— Malay Mail Online

Indonesia considers ban on “destructive” LGBT-related TV content
Days after a long-running Indonesian television comedy aired last month, its producers got a letter from the broadcast commission warning that a male character in the show was “dressed and behaving like a woman” and could violate broadcasting standards.
— Business Insider

What’s Next for Indonesia-Laos Security Ties?
Both sides continue to look for opportunities in the defense realm as they develop their broader relationship.
— The Diplomat

Coordinating Minister Darmin Argues IMF Analysis on Indonesia’s Economic Growth Outlook
Coordinating Minister for Economic Affairs Darmin Nasution still admitted economic growth will be better after seeing Indonesia’s investment and exports which continue to improve even if viewed in month to month (MTM) the figure is not too high. However, if viewed annually (YOY) exports are much higher.
— Netral News

DEN on Cross-Sectoral Cooperation Necessary to Realize Gas Dispensers in Existing Fuel Stations
The National Energy Council (DEN) assesses the need for cross-sectoral cooperation to realize the operation of fuel stations that provide gas dispensers within the next 12-24 months.
— Netral News