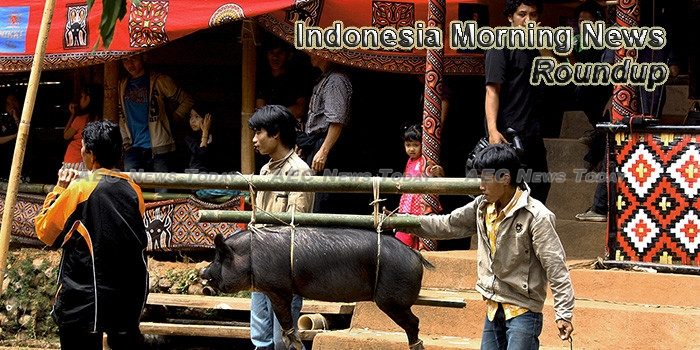 Mining Minister Estimates Freeport Indonesia Worth $8 Billion
Indonesia’s mining minister said on Monday he estimates the local unit of Freeport-McMoRan Inc , operator of the giant Grasberg copper mine, to be worth $8 billion, amid talks over the divestment of a majority stake in the unit.
— Jakarta Globe

Asahi leaves difficult Indonesian soft drinks market to focus on alcohol business
Asahi will divest of its interest in a joint venture with Indonesia’s Indofood and retrain its focus on alcohol.
— Food Navigator

Indonesia extends Freeport’s divestment deadline
The government has extended the deadline for United States-based mining giant Freeport-McMoRan (FCX) to meet its divestment obligation to the first quarter of 2019 — three months longer than the previous time limit — following a longer-than-expected negotiation between both parties.
— The Jakarta Post

Payments in Indonesia 2017: What Consumers Want?
Cash remains the predominant payment instrument in Indonesia – especially among the rural population – accounting for 98.4% of the total volume of payments in 2017.
— Markets Insider

IT Players, Hospitality Industry Set to Connect During Exhibition
The Indonesian Internet Service Providers Association, or APJII, in cooperation with local event organizer CNG Media & Events, is set to hold an exhibition next month to connect players in information technology with those in the hospitality industry.
— Jakarta Globe

Garuda Indonesia to Add One Weekly Denpasar-Melbourne Flight in December
National flag carrier Garuda Indonesia will increase its regular flights between Denpasar, Bali, and Melbourne to eight per week on Dec. 15 to cater to growing demand from Australians wishing to visit the holiday island.
— Jakarta Globe

Fears new Jakarta rulers will go to water reversing privatisation
Drowned out by the clamour in April over the alleged blasphemy of then Jakarta governor Ahok, who is now serving a two-year jail term, was an issue that will pose a key test for the new governor and his multi-millionaire deputy when they take office on Monday.
— The Australian

APJII Connects Internet to the Hospitality Industry through IIXS Event
The advancement of internet technology has made life easier. Not only to share information, the Internet is also started to be used for industrial purposes because the various services for consumers are now beginning to be more connected to the Internet, or familiarly called the Internet of Thing (IoT).
— Netral News

Economist: Gov’t Forcing Infrastructure Development May Cause Small Crisis
Economist from Universitas Indonesia (UI) Faisal Basri assessed if the Government only focuses on developing the infrastructure there will be a small crisis, because if infrastructure spending is forced it would not be in line with Indonesia’s economic growth of four percent.
— Netral News

Raw sugar import policy threatens local farmers: Legislator
The import of raw sugar should be reduced or stopped, if possible, because of the threat it poses to the production of sugarcane farmers in the country.
— Antara