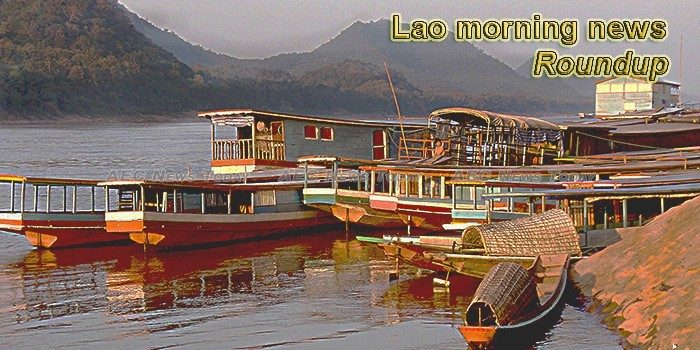 Vietnam, Laos boost repatriation of soldier remains
The search and repatriation of the remains of Vietnamese volunteer soldiers and experts who lost their lives in Laos during wartime have always been prioritised by the two countries’ parties, governments, and armies.
— Vietnam Plus

Population trends related to injury from explosive munitions in Lao PDR (1964–2008): a retrospective analysis
The presence of landmines and explosive remnants of war (ERW) including unexploded ordnance (UXO) poses a serious public health risk for populations living in conflict-affected and contaminated areas.
— ReliefWeb

Dam collapse: Was it human error?
The July 23 collapse of one of the saddle dams of the 410-megawatt Xe-Pian-Xe-Namnoy hydropower complex, situated on the mountaintop in the southeast section of Bolaven Plateau in southern Laos, demands a full clear answer as to what actually happened.
— Bangkok Post

Govt, business workshop sparks electric vehicle interest
Government officials and senior executives from local and foreign companies shared ideas on the use of electric vehicles in Laos during a workshop held in the capital yesterday.
— Vientiane Times

Work on Laos-China railway powers on, despite rain
Construction of the almost-US$6 billion railway linking Vientiane to the Chinese border is making good progress despite the torrential rains, floods and landslides afflicting the north of the country.
— Vientiane Times

Vietnamese Embassy in Russia raises funds for victims of Laos dam collapse
The Embassy of Vietnam in Russia on August 22 held a fundraising event to support victims of the hydropower dam collapse in Laos’ Attapeu province, which caused great human and property losses.
— Vienam Plus (media release)