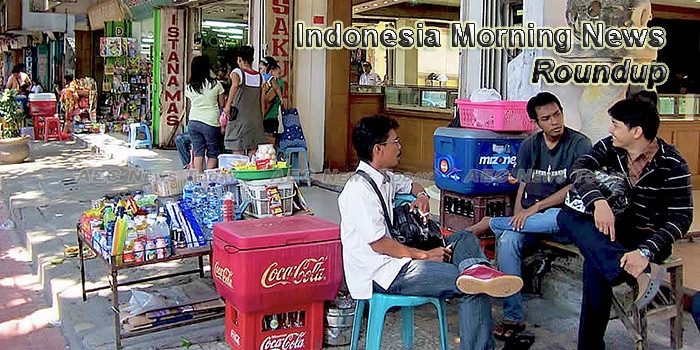 Indonesia’s life premiums jump 28% in Q1
Premiums in the Indonesian life industry soared by 28% in the first quarter of this year, compared to the same period in 2016, according to latest data released from the Financial Services Authority (OJK).
— International Adviser

Who’s responsible for Indonesia’s deadly abandoned coal mines?
Hundreds of abandoned coal mine pits in Borneo reflect institutional failures and utter neglect from owners. And now, the life and health of surrounding communities are at stake.
— Eco-Business

Governor halts work on coal railway being built without permits in Indonesian Borneo
After coming under public scrutiny, Central Kalimantan Governor Sugianto Sabran halted the construction of a railroad being built to transport coal through forested areas of the province.
– Mongabay

Loan Growth Reaches 10 Percent: Bank Indonesia
The Deputy Governor of Bank Indonesia Erwin Rijanto has noted an increasing loan disbursement trend. As of May, the central bank reports 9.8 percent loan growth. The figure is higher compared to April at 9.7 percent. “It’s reaching 10 percent and is expected to meet the target,” Erwin said in his office yesterday.
— Tempo

Latest Cars to be Showcased at GIIAS 2017
As many as 30 carmakers that are members of the Association of Indonesia Automotive Industry (Gaikindo) will be joining the Gaikindo Indonesia International Auto Show (GIIAS) at Indonesia Convention Exhibition, BSD City, Tangerang, which will be held from August 10 to 20.
— Tempo

Jokowi Mulls Disbanding More Mass Organizations
President Joko Widodo alias Jokowi said that the government is mulling legally disbanding mass organizations that do not adhere to the national principles Pancasila, threaten public order and national unity, as well as undermine tolerance. “I’m not talking about one or two organizations only, but four, five or maybe six,” he told Tempo in a special interview at the Merdeka Palace yesterday.
— Tempo

Government To Sue Australia Over Paper Export Tariff
Indonesia is preparing to sue the Australian government after an anti-dumping import duty was slapped on Indonesia-made A4 copy paper, amid accusations the imported paper was priced below fair market value in a tense stand-off adding tension to the trade relationship.
— Indonesia Expat

PanaHome to Kick Off Indonesian Housing Business
PanaHome will launch an Indonesian residential business on the outskirts of Jakarta, the Japanese developer said Tuesday, seeking to take advantage of growing housing demand in the Southeast Asian nation.
– Netral News

Economy in brief: Airbnb eyes expansion in Indonesia
Global hospitality marketplace Airbnb will expand its business in Indonesia as it considers the country to be one of the most important markets in the Asia-Pacific.
— The Jakarta Post

Philippines morning news for May 4