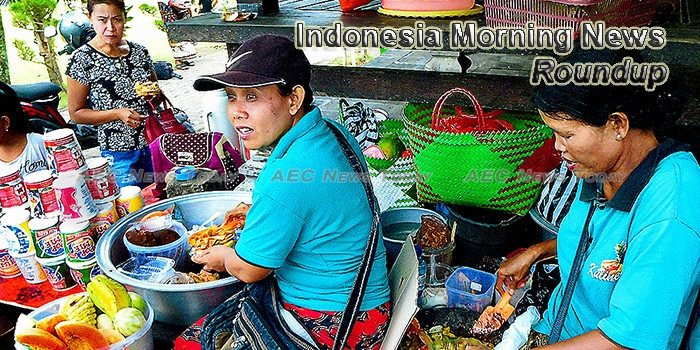 Marketplace for used automobiles Droom to invest upto $10m in acquisitions, plans Indonesia expansion
After closing its $20 million Series C round of funding last week, Droom, an online marketplace for used automobiles, plans to announce a few acquisitions by the end of this year, founder Sandeep Aggarwal said in an interaction with DEALSTREETASIA.
— Deal Street Asia

DBS Indonesia’s net profit surges 75% in Q1
PT Bank DBS Indonesia, a subsidiary of Singapore-based DBS Bank, has reported a 75 percent year-on-year (yoy) increase in its net profit during the first quarter of 2017 to Rp 263 billion.
— The Jakarta Post

Exclusive: Orami in talks to raise over $5m in Series B+, existing investors may join
Southeast Asia based e-commerce platform Orami, earlier called MoxyBlina, is in talks to raise another $5-7 million to fuel its growth plans until July 2018, two people aware of the development told this portal.
— Deal Street Asia

Indonesia: Local VCs deployed $463.5m in first quarter, says OJK report
Indonesia’s conventional VC firms deployed Rp 6.22 trillion ($463.5 million) in the first three months of this year, down 23.6 per cent from the previous quarter, according to a report by Indonesian authorities. Financing by revenue sharing remained the largest at Rp 4.56 trillion ($339.8 million) or 73.5 per cent of the total value.
— Deal Street Asia

Indonesia courts pension funds with securitization
Indonesian state firms are courting foreign pension funds by offering a share in future revenue from toll roads, power stations and other infrastructure projects, as part of a presidential drive to secure US$10 billion in additional inflows.
— Taipei Times

Indonesia, Australia Commit to Finalizing CEPA in 2017
President Joko “Jokowi” Widodo and Australian Prime Minister Malcolm Turnbull, during their meeting on the sidelines of the Group of 20 Summit in Hamburg, Germany, on Friday (07/07), made a commitment to finalize negotiations on the Indonesia-Australia Comprehensive Economic Partnership Agreement, or CEPA, in 2017.
— Jakarta Globe

Jakarta Administration to Repair Dilapidated Houses Throughout City
Jakarta Governor Djarot Saiful Hidayat said on Friday (07/07) that the city administration will renovate as many as 21,000 dilapidated houses throughout the capital in coming weeks.
— Jakarta Globe

Indonesia Bourse Poised To Rebound On Monday
The Indonesia stock market headed south again on Friday, one session after it had ended the two-day slide in which it had fallen more than 85 points or 1.3 percent. The Jakarta Composite Index now rests just beneath the 5,815-point plateau although it is expected to bounce higher again on Monday.
— Nasdaq

Pak-Indonesia ties to be strengthened
Indonesian Ambassador to Pakistan Iwan Suyudie Amri said on Sunday that Indonesia and Pakistan were enjoying deep rooted economic, social and diplomatic relations which would be strengthened further in days to come. Addressing a ceremony here at the Mango Festival, he said, “We have PTA with Pakistan, and hoped that mango will be included in PTA in the next meeting to be held in August next”.
— The Nation

Aberdeen Indonesia Fund Inc (IF) Price Above The Cloud: Shows Positive Momentum
Aberdeen Indonesia Fund Inc (IF) shares opened the last session at $7.45, touching a high of $7.46 and a low of $7.45 , yielding a change of -0.02. The latest reading places the stock above the Ichimoku cloud which indicates positive momentum and a potential buy signal.
— Financial Newsweek

RI scores coup at G20
Indonesia scored a major coup in the two-day G20 summit in Hamburg, Germany, with the adoption of a strong statement by leaders of the world’s 20 largest economies on the need to thwart terrorism and stop the flow of funds to militant groups.
— The Jakarta Post