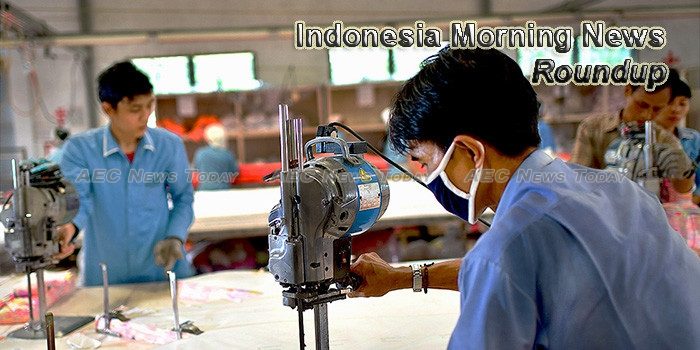 Exclusive: Indonesia commodity player & LP Gunung Sewu sets sights on fintech, big data
Indonesia-based commodity player Gunung Sewu appears to have the country’s still-nascent startup industry like a fog: no one notices it at first, but it rises and rises, and suddenly, it’s everywhere.
— DealStreetAsia

Business and Investment in Indonesia without Hassle
The government’s hard work, which was supervised by the Office of the Coordinating Minister for Economic Affairs and Investment Coordinating Board of the Republic of Indonesia (BKPM), has resulted in the improvement of the country’s ease of doing business (EODB) rating.
— The Jakarta Post

Indonesia to collect 90% of tax revenue target: CITA executive
Center for Indonesia Taxation Analysis (CITA) executive director Yustinus Prastowo has estimated that, by the end of this year, the Directorate General of Taxation will collect 90 percent of the tax revenue target of Rp 28 quadrillion (US$89.85 billion).
— The Jakarta Post

Mount Agung`s Eruption to Cause Rp9tn Losses: Minister
Indonesia`s tourism sector will suffer losses worth around Rp9 trillion in foreign exchange following the eruption of Mount Agung in Bali since the end of November, said Tourism Minister Arief Yahya.
— Tempo

Asia Pacific’s rich-poor gap widens fastest in China, Indonesia
One stereotype of Asian cities such as Jakarta and Manila is a stark juxtaposition between sprawling slums and gleaming shopping malls stocked with luxury goods — an image with some accuracy, going by a new World Bank report.
— Nikkei Asian Review