By United Nations Escap on September 5, 2017 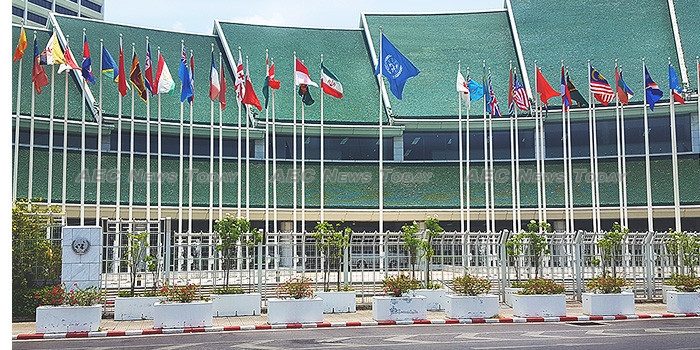 Senior government officials from across Asia and the Pacific will meet in Bangkok this week for the first Asia-Pacific Ministerial Summit on the Environment.

Co-convened by the United Nations Economic and Social Commission for Asia and the Pacific (UN Escap) and UN Environment, this historic high-level summit is a unique opportunity for the region’s environment leaders to discuss how they can work together towards a resource efficient and pollution-free Asia-Pacific.

At the core of the Escap Asia-Pacific Ministerial Summit on the Environment is the question: how can we use our resources more efficiently to continue to grow our economies in a manner that does not tax our natural environment, or generate pollution affecting public health and ecosystem health? There is certainly much room for improvement to make in this area.

Resources such as fossil fuels, biomass, metals and minerals are essential to build economies. However, the region’s resource efficiency has regressed in recent years. Asia is unfortunately the least resource efficient region in the world. In 2015, we used one third more materials to produce each unit of GDP than in 1990.

Developing countries use five times as many resources per dollar of GDP in comparison to rest of the world and ten times more than industrialised countries in the region. This inefficiency of resource use results in wastage and pollution, further affecting the natural resources and public health which are the basic elements for ensuring sustainable economic growth.

As the speed and scale of economic growth continues to accelerate across the region, pollution has become a critical area for action. While the challenge of pollution is a global one, the impacts are overwhelmingly felt in developing countries.

About 95 per cent of adults and children who are impacted by pollution-related illnesses live in low and middle-income countries. Asia and the Pacific produces more chemicals and waste than any other region in the world and accounts for the bulk – 25 out of 30 – of cities with highest levels of PM 2.5, the tiny atmospheric particulate matter that can cause respiratory and cardiovascular diseases and cancer.

More than 80 per cent of our rivers are heavily polluted while five of the top land-based ocean plastic sources are from countries in our region. Estimates put the cost of marine pollution to regional economies at a staggering $1.3 billion.

If left unattended, these trends threaten to up end hard-won economic gains and hamper human development. But while these challenges appear intractable, the region has tremendous strengths and opportunities to draw from.

Many countries hold solid track records of successful economic transformation. The capacity for promoting environmental sustainability as an integral pillar of sustainable development must now be developed across all countries in the region.

There are some profound changes underway in Asia and the Pacific. The region is experiencing the largest rural to urban migration in history. Developing these new urban areas with resource-efficient buildings, waste water, and solid waste management systems can do much to advance this agenda.

Advancing the ‘sharing economy’ might mean we have better utilization of assets such as vehicles, houses or other assets, greatly reducing material inputs and pollution.

The widespread move to renewable energy should rein in fossil fuel use. And advances in recycling, materials technology, 3D printing and manufacturing could also support greater resource circularity.

Moving to green technologies and Eco innovation offer economic and employment opportunities. Renewable energy provided jobs for 9.8 million people worldwide in 2016. Waste can be converted into economic opportunities, including jobs.

In Cebu City – the second-largest city in the Philippines, concerted Solid Waste Management has borne fruit: waste has been reduced by 30 per cent in 2012; treatment of organic waste in neighborhoods has led to lower transportation costs and longer use period in landfills. The poor have largely benefited from hundreds of jobs that have been created.

For example, the Government of China has instituted a national system of legislation, rules and regulations that led to the adoption of a compulsory national cleaner production audit system that has been in place for more than ten years. The direct economic benefits from this system is estimated to be more than $3 billion annually.

Further, we need an urgent reform of financial instruments. Too little capital is supporting the transition to a green and resource efficient economy – major portions of current investments are still in high-carbon and resource-intensive, polluting economies.

For example, the large-scale promotion of biogas plants in Viet Nam was made possible by harnessing global climate finance funds. Several countries in the region area are already emerging as leaders in the development of comprehensive, systemic approaches that embed sustainable finance at the heart of financial market development, such as Indonesia and Sri Lanka, and we should draw from the positive lessons learned from these experiences.

Resource efficiency and pollution prevention must be recognized as an important target for action by science, technological, and innovation systems. This is important for the ongoing development of technology, and for scaling up technologies.

Research shows that developing countries could cut their annual energy demand by more than half, from 3.4 percent to 1.4 percent, over the next 12 years. This would leave energy consumption some 22 per cent lower than it would otherwise have been – an abatement equivalent to the entire energy consumption in China today.

We need to move to a more resource efficient and pollution free growth path that supports and promotes healthy environments. The cost of inaction for managing resources efficiently and preventing pollution is too high and a threat to economies, livelihoods, and health across the region.