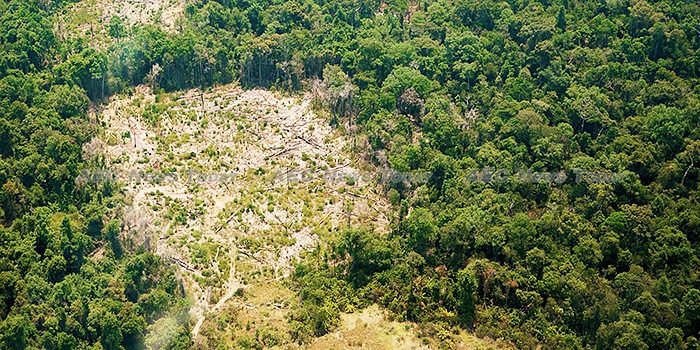 A team of researchers at the National University of Singapore (NUS) has found that the loss of dense forest in Cambodia is associated with higher risk of diarrhea, acute respiratory infection, and fever in children.

Published in the August 2017 edition of The Lancet Planetary Health, the study is believed to be the largest empirical analysis of links between deforestation, conservation, and several public health outcomes ever conducted. Research conducted by the NUS team into previous studies in any language globally prior to April 24, 2017 found that most studies of links between health, deforestation, and conservation focused on single diseases.

Researchers surveyed 35,547 households in 1,766 communities between 2005 to 2014, with dense and mixed forest coverage derived from Open Development Cambodia (ODC). Forest loss was calculated from 2000 to 2004, 2004 to 2009, and 2009 to 2014, with the main purpose of the survey being to investigate the relationship between child health and protected areas across different forest types in Cambodia.

Citing data from 2014 Demographic and Health Surveys (DHS), the NUS researchers found ‘one in every 29 Cambodian children does not survive to their fifth birthday, while 6 per cent, 28 per cent, and 13 per cent of children had symptoms of acute respiratory infection, fever, or diarrhea, respectively, in the two weeks before these data were gathered.’

According to assistant Professor Carrasco PhD, “In this study, we showed that deforestation in Cambodia is associated with increased risk of leading causes of childhood mortality and morbidity. This highlights the link between environmental degradation and health, and suggests that conserving forests could help in mitigating health burden.”

Although the authors of the report admit that the causal mechanisms are unclear, Professor Carrasco said “our findings suggest that protected areas could help to alleviate the global health burden, presenting new possibilities for simultaneous achievement of public health and conservation goals.”

Cambodia is frequently criticised over the rate of deforestation occurring to its old-growth forests. Less than two weeks ago The Phnom Penh Post reported that despite an export ban on logs and cut timber to Vietnam, cross-border trade in both items in the first half of this year had almost surpassed all of that exported in 2016.

According to Vietnam Customs’ data, obtained and released by US-based NGO Forest Trends, 313,000 cubic meters of Cambodian timber valued at $142 million was recorded entering Vietnam between January and June this year, compared to 318,232 cubic meters for all of 2016.

The following day Cambodia’s Ministry of Environment (MoE) issued a statement denying that large-scale forest crime is still occurring in Cambodia, saying that its data indicated that ‘the annual average loss of forest coverage had decreased from 2.7 per cent in 2010-2014 to 0.8 per cent in 2014-2016’.

The NUS researchers point out in their paper that Cambodia is not alone in facing health and conservation issues due to agricultural expansion, large-scale development projects, and illegal timber harvesting compounded by poor institutional capacity, unclear land tenure, and restricted law enforcement. The lessons learnt in Cambodia could apply to many other tropical countries they claim.

The full NUS study, Empirical evidence of the public health benefits of tropical forest conservation in Cambodia: a generalised linear mixed-effects model analysis, can be read online or downloaded from the open access academic publishing platform, The Lancet Planetary Health.