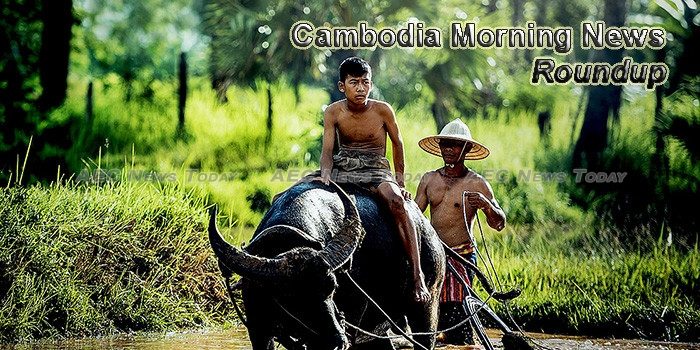 Cambodia Bitcoin Payment Gateway Expected to Boost Cryptocurrency Use
In a world of increasing uncertainty cryptocurrencies are proving to be an attractive alternate to a growing number of people over storing physical currency in bricks and mortar banks. The opening of Cambodia’s first bitcoin payment gateway is expected to see the number of people using the alternate currency in the kingdom increase, as it has throughout the region.
— ACE News Today

China firm shows plans for capital skytrain
China Sky Railway Group, a privately owned Chinese company that produces light rail trains, has announced plans to operate a 10-kilometre rail link between Phnom Penh’s Royal Palace and international airport by May of next year, according to a report yesterday in the China Daily newspaper.
— The Phnom Penh Post

Tycoon signs MoU for Kampot auto plant
Business tycoon Try Pheap signed a memorandum of understanding (MoU) on Tuesday with a Beijing-based company that aims to establish a 100-hectare automotive assembly plant in the Kingdom’s Kampot province with initial capital investment of $30 million, according to reports in local media.
— The Phnom Penh Post

Cambodia Must Do More to Protect Human Rights: UN Special Rapporteur
The Cambodian government must do more to protect democratic freedoms in the run-up to national elections scheduled for next year, a U.N. official responsible for monitoring human rights in the Southeast Asian country said in Geneva, Switzerland, on Tuesday.
— Radio Free Asia

PM tears into US over war legacy
Prime Minister Hun Sen took time out from a speech ostensibly about labour rights yesterday to revisit old grievances with the US – slamming it for its destructive role in Cambodia before the Khmer Rouge takeover, and even inviting Ambassador William Heidt to personally inspect two chemical bombs unearthed in Svay Rieng province earlier this year.
— The Phnom Penh Post

Cambodia’s ties with US frayed, says official
In a speech to 65 senior government officials yesterday, Cambodia’s acting foreign affairs minister said this month had been “the worst” so far in the history of Cambodia-US relations.
— The Phnom Penh Post

Official exchange rate launched for yuan, riel
The National Bank of Cambodia (NBC) and the People’s Bank of China in the autonomous Guangxi region of southern China have launched an official yuan-riel exchange rate that allows businesses and individuals to conduct trade settlement activities without using the US dollar as an intermediary currency, an NBC official said yesterday.
— The Phnom Penh Post

Finance curriculum to be in schools by 2019
he central bank announced yesterday that it was close to finalising a new academic curriculum to promote financial literacy with the aim of incorporating it into schools nationwide by the start of the 2019 academic year.
— The Phnom Penh Post

ADB Supports Disaster-Resilient Agriculture in Cambodia
The Asian Development Bank’s (ADB) Board of Directors has approved $50 million in additional financing to help boost agricultural productivity and improve smallholder farmers’ access to markets in 271 communes in Tonle Sap Basin, which is prone to natural calamities.
— Relief Web