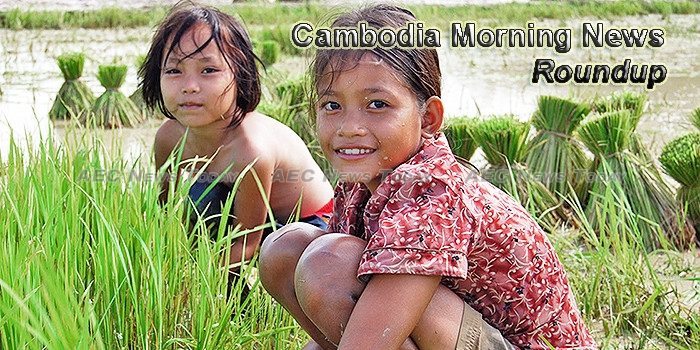 Flexibility measures weighed for CSX
Cambodia’s capital market regulator will meet soon to discuss a proposal to permit market orders for trading stocks on the Kingdom’s bourse, a move that would give investors more flexibility when buying or selling shares, officials have said.
— The Phnom Penh Post

NBC, South Korea team up for research
The central banks of Cambodia and South Korea signed an agreement on Friday to jointly conduct research and analyse the relationship between exchange rates and inflation in the Cambodian economy, according to bank officials.
— The Phnom Penh Post

Cambodian interior minister vows probe into arms smuggling case
Cambodian Interior Minister Sar Kheng has admitted that a cache of war weapons seized in Thailand’s Trat province by the Thai officials were smuggled through a “corridor” in Cambodia’s Koh Kong province and did not pass through the international checkpoint, The Phnom Penh Post Online reported on Monday.
— Thai PBS

Apsara Authority Demolitions Backed by the UN
The government’s decision to remove more than 500 homes it claims were built illegally in the Angkor Archaeological Park was supported by the U.N. on Monday, a blow to homeowners who say the issue was ignored leading up to commune elections.
— The Cambodia Daily (paywall)

Cambodia Opposition Slams Commune Elections as Neither Free Nor Fair
Cambodia’s opposition party on Monday praised improvements in the country’s electoral process a day after the release of official results from a commune ballot held earlier this month, but said a number of factors unfairly tipped the vote in favor of Prime Minister Hun Sen’s ruling party.
— Radio Free Asia

Philippines morning news for May 29