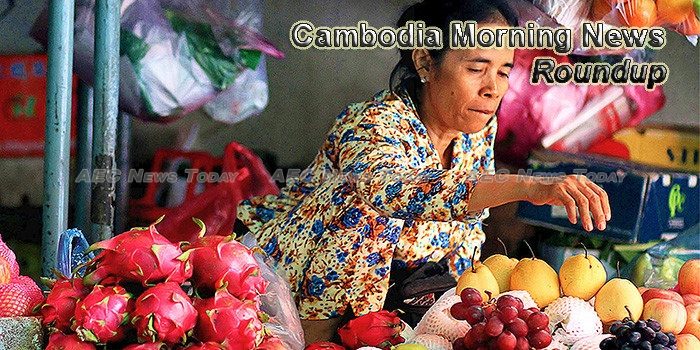 Economists Assail Opposition Proposal to Ditch US Dollars
Economists on Tuesday lambasted the CNRP’s proposal to eliminate the use of U.S. dollars for transactions in the country within one year of a victory in next year’s national elections, saying the policy would be “a disaster” and “impossible.”
— The Cambodia Daily (paywall)

Flood of bubble tea competition for Chatime franchise
Cambodian operations of Taiwanese bubble tea chain Chatime have felt the impact of increased competition, with the local franchise holder projecting slower growth this year in a market saturated by a wave of similar beverage brands.
— The Phnom Penh Post

Australian in Cambodia on surrogacy charges says she has never been in trouble with law
An Australian nurse denied running an illegal surrogacy service in Cambodia when her trial began on Tuesday, the first case of its kind in the country that recently banned the practice.
— The Guardian

Hun Sen Reprimands Minister in TVK Row
Prime Minister Hun Sen chastised Information Minister Khieu Kanharith on Tuesday for publicly questioning his appointment of a new state television boss, saying he had every right to fill the position and blaming Mr. Kanharith for failing to pick up his telephone.
— The Cambodia Daily (paywall)

Is Cambodia’s war on drugs working?
Thavy, 24, spends her days avoiding the police, looking for a quiet place to sleep and trying to keep her heroin withdrawal at bay.
— The Phnom Penh Post

Cambodian schools will teach gay sex ed, abortion, & respect for trans people
The big news out of Cambodia (and if you don’t know where that is, just scroll down a little and check out the handy map showing it’s between Thailand and Vietnam in Southeast Asia) is that the government there is considering a proposal to introduce lessons on what it means to be LGBTQ.
— LGBTQ Nation

Cambodia’s Ruling Party Banking on Lack of Access to Independent Media: Civil Society
A de facto monopoly on Cambodia’s radio waves has allowed the ruling Cambodian People’s Party (CPP) to retain political control of the country’s northeast, according to civil society groups and residents, who have called on the government to allow independent media broadcasts into remote areas in the region.
— Radio Free Asia