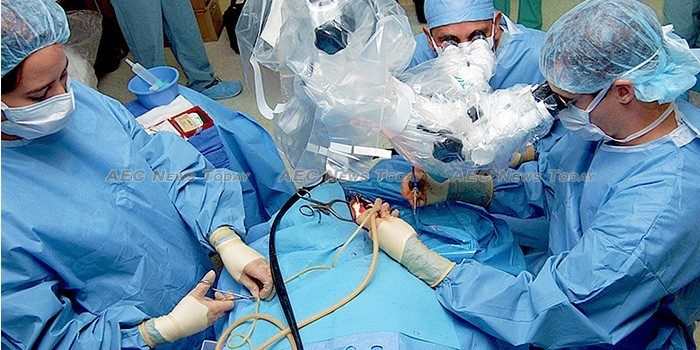 An Australian coroner has called on Victoria’s Chief Health Officer to issue a health advisory warning for medical tourism patients following the death of a 31-year-old Melbourne man less than 24 hours after returning from Malaysia were he had undergone ‘extreme makeover’ cosmetic surgery.

The recommendation came at the conclusion of a coronial inquest into the treatment and standard of care provided to Leigh Aiple at the Beverly Wilshire Medical Centre in Kuala Lumpur where he underwent two rounds of major cosmetic surgery — the first lasting ten hours — in five days.

Among the procedures Mr Aiple underwent, according to ABC Australia, was a 360 degree tummy tuck, extensive liposuction, an upper eye lift, a chin tuck, a thigh lift, chest sculpting, and lip filler. The entire procedure, purchased through a New Zealand-based medical travel agency cost Mr Aiple more than A$35,000 (about US$26,800).

According to the ABC, Professor Mark Ashton, president of the Australian Society of Plastic Surgeons (ASPS) who reviewed the treatment and care Mr Apia received at Beverly Wilshire Medical Centre, found it to be ‘grossly inadequate’.

The inquest was told that the 124 kilogram (about 233lb) Australian man should have been classified as ‘high-risk”, not as moderate risk as he had been in Malaysia, and that the multiple surgeries Mr Aiple underwent in less than one week would never have been performed in Australia.

Anti-blood clotting treatment administrated at the Beverly Wilshire Medical Centre was also said to be below Australia’s recommended levels, while the ABC said that the Coroner’s report notes that Mr Aiple had open wounds that were oozing fluid at the time of his death.

Dr Ashton said that a postmortem examination showed that Mr Aiple died from deep vein thrombosis (DVT) when a blood clot moved from his legs to his lung, and that the clots had formed while he was at the Beverly Wilshire Medical Centre.

Despite some overseas clinics claiming to adhere to ‘international standards’, Dr Ashton reportedly told the coroner “there is no such thing as an international standard”. Adding that the problem with having surgery performed overseas is that it is often difficult to verify claims of professional qualifications or expertise.

Cosmetic surgery and medical tourism is a large money spinner for Malaysia and is one of its 12 national key economic areas for development. The sector has enjoyed extraordinary growth, partly due to economic incentives such as tax exemptions on revenue generated from foreign patients.

In October this year Malaysia deputy health minister, Dr Hilmi Yahaya, said 921,000 people had travelled to Malaysia for medical tourism in 2016, with the sector expected to generate some Rm1.5 billion (about US$367 million) this year.

Earlier this year a report by Transparency Market Research (TMR) forecast the medical tourism sector to grow at a compounding annual growth rate (CAGR) of 30.05 per cent over the next eight years, reaching some US$3.5 billion before the end of 2024. (See: World’s Best: Malaysia Medical Tourism Sector to Experience Extraordinary Growth)

According to the report aesthetics/cosmetic surgery was the second most common procedure sought by inbound Malaysia medical tourists in 2016, with dental treatment leading the field and accounting for 36 per cent of all treatment and generating some US$99.91 million in revenue.

In calling for a medical travel warning to be issued, Coroner Caitlin English reportedly said: “The Australian medical tourist will not necessarily be aware of the difference in standards of medical practice and management of patient care”.

AEC News Today has sought comment from the Beverly Wilshire Medical Centre, which bills itself as the ‘Best Plastic Surgery in KL’, and the Malaysia Healthcare Travel Council (MHTC).

In response to questions posed by AEC News Today the Beverly Wilshire Medical Centre provided a copy of a written statement provided to the ABC on December 18, 2017.

The statement, signed by treating physician Dr M Nasir Zahari, makes note that on December 15 he had advised the ABC that neither he, nor the Beverly Wilshire Medical Centre, had seen the Coroner’s report, and were therefore not in a position to comment on its contents.

Notwithstanding this, Dr Zahari denied the treatment Mr Aiple received was deficient, saying he had ‘been provided with the best of medical and surgical care. Necessary steps to prevent and minimise possible risks had been taken including the prevention of Deep Vein Thrombosis (DVT).

‘We sympathise with Grace (Mr Aiple’s mother) and our feelings lay with the family members’, the statement concluded.

In its response to AEC News Today, a company spokesperson said that as they had still not seen the Coroner’s report they will not be making any further statement at this time.