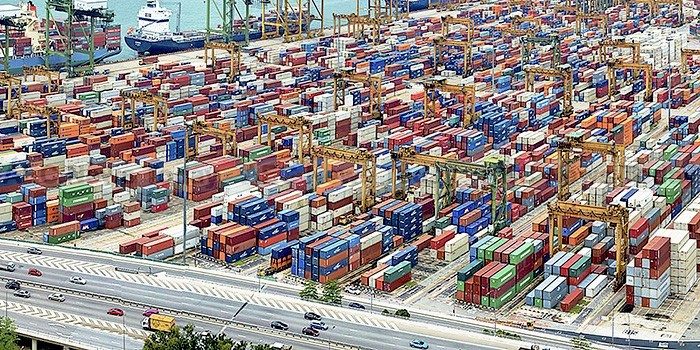 The Singaporean economy is slowing much faster than anticipated. The latest forecast by the Ministry of Trade and Industry Singapore (MTI) projects 2016 Singapore GDP growth at 1.0-1.5 per cent — the slowest since the 2009 fallout from the Global Financial Crisis (GFC).

This time around the contributory factors are external and domestic, as well as cyclical and structural. As with past practice the government has put in place measures to mitigate the external headwinds and restructure the Singapore economy to re-invigorate growth.

During the year the very open and trade-dependent Singapore economy was buffeted by the general global cyclical downturn. The sustained slump in oil prices severely impacted its rig building and oil-related industries. Demand from China has also slowed as Beijing restructures its own economy. Uncertainties in global financial markets resulting from Brexit and the US presidential election have also created new challenges for the Singapore economy.

While a growing number of developed and developing economies are turning protectionist, Singapore has to remain open. Past unilateral liberalisation has not ensured Singapore non-discriminatory market access in a global market fractured by preferential trade agreements and rising protectionism. Singapore has therefore had to become an avid participant in preferential trade agreements, and was one of the three Asean Economic Community (AEC) members which signed up to the Trans-Pacific Partnership (TPP), which President-elect Trump has vowed to scupper.

The fallout for Singapore though should be minimal, since it already has trade agreements with all the TPP signatories except Canada and Mexico. The completion of the Regional Comprehensive Economic Partnership (RCEP), comprising the ten Asean countries plus China, Japan, South Korea, India, Australia and New Zealand, is now a high priority.

Yet Singapore’s services hubs are still under threat. Its aviation hub and national carriers are facing intense competition from Middle Eastern airports and carriers, as well as emerging competition from East and Southeast Asia. Singapore’s position as a regional entrepot, trans-shipment, and logistics hub is similarly being eroded by emerging trade routes and physical infrastructure in Arctic, trans-Asia, and Asean countries.

At home, Singaporean businesses are burdened by the need to restructure in the face of the global cyclical downturn, high operating costs, policies restricting access to foreign labour, and weak productivity performance. Exports have been declining, manufacturing is facing high costs, as well as labour, and land shortages. Innovative upscaling is not happening fast enough.

In addition the Singapore stock market faces poor corporate earnings performance and the Singapore property market remains tepid. Although the Singapore Industry Transformation Programme (ITP) provides fiscal incentives and support to small and medium enterprises to spur innovation and expand overseas, these will only produce significant results in the long-term.

The cyclical downturn and economic restructuring is also negatively impacting the Singapore labour market, with significant retrenchments in offshore and marine oil and gas, electronics, banking, construction, and real estate sectors. Professionals, managers, executives, and technicians account for over half the workforce, but face higher risks of retrenchment and difficulty in re-employment. Difficulties aggravated by a skills mismatch.

Jobs available are mainly in the domestic-oriented sectors of information technology, healthcare, public infrastructure, and education, where accelerated government expenditure is fueling some growth. The government has urged workers to equip themselves with the necessary skills through the SkillsFuture scheme to help mid-career workers pick up new skills to fill current vacancies, as well as prepare for future jobs that emerge from ongoing technological disruptions.

A rapidly ageing population and workforce are also impacting on Singapore healthcare costs and the social safety net. Healthcare provision has increased with the Pioneer Generation Package (PGP) and more public health facilities, but there is also a growing focus on active ageing and healthy living to contain healthcare costs and improve quality of life.

The self-funded Central Provident Fund (CPF) provides the basic social safety net for most Singaporeans, but it is inadequate to meet retirement needs for many low-income and self-employed households. This has led to various government schemes such as Workfare to top-up the earnings of the low-skilled.

Going into 2017 the Singapore economy will continue to face a turbulent and uncertain external environment and tepid growth prospects. Amidst the economic gloom the government is urging businesses and households to remain economically optimistic and socially cohesive. The government is likely to increase fiscal spending to tide over businesses and households, drawing on income earned from its sizeable reserves.

The strategy for the Singapore economy is to prepare for the known and unknown challenges through innovation, enterprise, and re-skilling, as well as improving productivity performance. The Committee on the Future Economy (CFE) was established early in 2016 to identify key areas of growth, as well as develop strategies to boost innovation, enterprise, and appropriate skills-sets for Singapore’s future. The CFE recommendations are expected in early 2017.

This article was written by Siow Yue Chia, a Senior Research Fellow at the Singapore Institute of International Affairs. It first appeared on East Asia Forum under a Creative Commons licence and is reproduced here with its permission.

Asean morning news for May 17