Philippine Consumers The World’s Most Confident 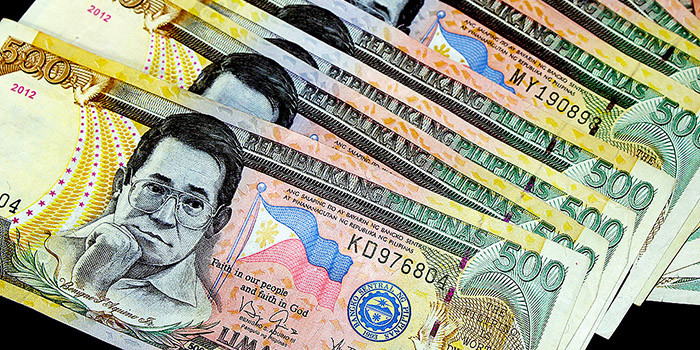 Consumers from Southeast Asia are among the most confident in the world according to the latest Nielsen Global Survey of Consumer Confidence and Spending with three Asean countries – the Philippines, Indonesia, and Vietnam – ranking in the top ten countries with the highest consumer confidence ratings during the second quarter of 2016.

Consumer confidence in the Philippines reached 132 points in the latest Consumer Confidence Index (CCI), 13 points higher than in the previous quarter, propelling the Philippines into the top spot globally and pushing perennial world number one India into second place. In the same period last year the Philippines was placed second to India in the confidence survey.

Indonesia consumers remained in third place with 119 points while Vietnam, despite a two-point decrease, came in seventh with 107 points. Thailand, Singapore, and Malaysia, the three other Southeast Asian countries in the survey, ranked 12th, 25th, and 28th, respectively.

Nielsen Malaysia country manager, Richard Hall, noted that Malaysia has weathered the currency devaluation and moved past the first year of the implementation of the goods and services tax (GST) without the economy going into any significant downturn.

“Thus, the nation’s consumer confidence outlook is returning with more Malaysians believing that the economy is more resilient than a year ago,” he said.

“Confidence in the Philippines is at an all-time high and with 6.9 per cent gross domestic product growth in the first quarter, it’s one of the fastest growing economies in Asia,” he said, noting that the Philippine economy is heavily reliant on consumption.

The prospect of change raised during the recent Philippine presidential election was also seen as another reason for the confidence hike.

These promises include the streamlining of government operations and processes, stronger economic performance, and solving the crime and illegal drugs problem.

The above factors combined with the Filipinos’ sunny outlook despite hardships and tragedies have put the Philippines on top of the confidence table.

Vietnamese Are The World’s Top Savers

Although big savers, it was also found out in the study that Vietnamese consumers are ready to splurge on big ticket items such as holidays and vacations (41 per cent), new clothes (38 per cent), and out-of-home entertainment (37 per cent).

The Vietnam Investment Review quoted Nielsen Vietnam managing director Huong Quynh as saying that while Vietnamese consumers typically save a big portion of their earnings, they also want to spend for luxury items.

This is evident in the Vietnamese desire to have new designer clothes, buying gadgets like iPhones, and going abroad for vacations.“Vietnamese consumers are known for prioritising saving over spending, and this mentality largely influences their spending patterns, especially for basic commodities,” Mr Huong said.

The constantly high levels of consumer confidence in Asean is certain not to go unnoticed by manufacturers, retailers, and financial institutions who, along with governments, closely monitor factors such as consumer confidence levels in the hopes of identifying the next hot spot to set up business.

About The Nielsen Consumer Confidence Survey

According to Nielsen, the CCI measures perceptions of local job prospects, personal finances, and immediate spending intentions. Consumer confidence levels above and below a baseline of 100 indicate degrees of optimism and pessimism, respectively.

This latest Nielsen Global Survey of Consumer Confidence and Spending was conducted between May 9 and 27, 2016 and consisted more than 30,000 online consumers in 63 countries throughout Europe, Asia-Pacific, Latin America, the Middle East/Africa, and North America. The sample includes internet users who agreed to participate in the survey and has quotas based on age and sex for each country.

Of the 63 countries surveyed in the second quarter of 2016 12 have scores of 100 points or higher. Aside from the Philippines, Indonesia, and Vietnam, the other countries where consumers’ outlook are positive are the United States, Denmark, China, Pakistan, Saudi Arabia, Peru, United Arab Emirates, India, and Thailand. The global average is 98 points, which is 2 points below the benchmark.