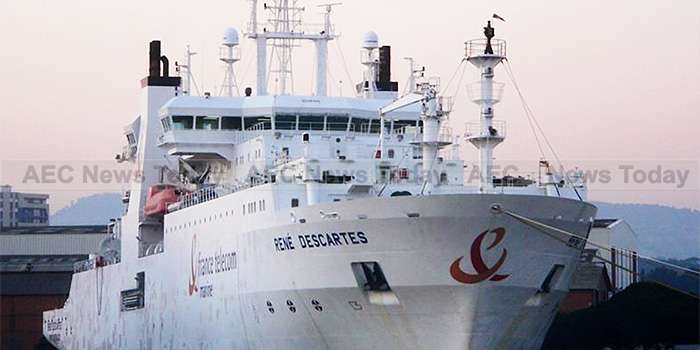 Internet users in five Asean member countries will soon be experiencing faster and more reliable Internet services with three submarine fibre optic cable projects scheduled to be completed over the next 12 months.

The three underwater cable projects are the: Malaysia-Cambodia-Thailand (MCT) submarine cable expected to go online in early 2017; the Singapore-Malaysia-Indonesia SeaX-1 subsea cable system expected to be operational before the end of next year; and the 15,000km- (9,320 mile) long SEA-US cable due for completion before years end.

Although Internet speeds and services in the five countries are generally reasonable there are still areas throughout the Asean Community (AC) that don’t have access to Internet, or are saddled with insufficient bandwidth resulting in slow internet speeds.

The new submarine cables are expected to help fuel the development of one of the world’s most economically dynamic regions that also includes the Philippines, Lao PDR, Brunei, Vietnam, and Myanmar.

Cambodia’s first underwater Internet cable, the MCT project will see landing points in Sihanoukville, Cambodia, Rayong, Thailand, and Kuantan, Malaysia. It will also connect to the 20,000km (12,427 mile) Asia-America Gateway (AAG) which currently offers speeds of up to 2.88 Tbit/s between Southeast Asia and Hong Kong, and 1.92 Tbit/s between Hong Kong and Hawaii.

In addition to enabling increased roll-out of fixed line broadband services, the MCT cable is also expected to boost the coverage of 4G connections in parts of the country where they are still limited, and improve connectivity between Cambodia and the world. The MCT connection could also be shared with landlocked Lao PDR and Vietnam’s overburdened Internet network.

To be owned and operated by Singapore-based Super Sea Cable Networks Pte. Ltd. (SSCN), the project is geared towards meeting the increasing demand for bandwidth in the region. In Malaysia the landing will be managed by Super Sea Cable Networks’ Malaysia affiliate, Sacofa Sdn. Bhd., while in Indonesia the job will be performed by its affiliate PT. Super Sistem Ultima.

According Telecomasia.net, SeaX-1’s focus will be wholesale operators in emerging markets, including Tier 1, Tier 2, and Tier 3 carriers who want to own, but not operate cable systems.

Super Sea Cable Networks CEO, Joseph Lim, said they believe the project will relieve bandwidth pressures on existing infrastructure and provide the region with high-speed, reliable connectivity that will fast-track its growth.

In addition to linking Manado in Indonesia, Davao in the Philippines, Guam, Hawaii, and Los Angeles, the SEA-US submarine cable will be the first directly linking Indonesia with the USA, and the only cable system linking Southeast Asia to the US that avoids the earthquake-prone areas in East Asia.

Expected to be completed in early 2018, the IGGC will also connect to two international subsea cables that land in Europe and the United States

The five countries belong to one of the busiest regions in Asia-Pacific where bandwidth demand is increasing exponentially.

In Singapore Internet access is readily available with some 4.699 million broadband subscribers as of mid-2016, equivalent to about 82.5 per cent of the population. Peak Internet speeds in Singapore are the fastest in the world, but with an average speed of 13.9Mbps the island nation is ranked 4th in Asia and 16th globally according to US-based Akamai Technologies.

From the unflattering title of one of the world’s slowest places in the world two years ago, Malaysia now ranks 73rd globally with an average Internet speed of 5.2Mbps. Nationally broadband penetration has increased to 77.3 per cent and there are  currently more than 21 million Internet subscribers.

Although the Internet is a relatively new communication medium in Indonesia, particularly outside of large urban areas, as of 2016 about 40 per cent of the population had Internet access, with subscribers totalling more than 100 million. With an average speed of 4.5 Mbps, Indonesia Internet is ranked 94th globally.

Since becoming the third country in Southeast Asia to access the Internet in 1996, Internet usage in Thailand now exceeds 57.8 million of the country’s 68 million population. In neighbouring Cambodia government figures show that as of the end of July 2016 the number of Internet subscribers there topped 7.2 million.

After lagging behind the rest of the world for many years, internet speeds in some of the Asean Community’s larger economies looks set to receive the boost they need if the aims of various nations to develop eCommerce, and data hubs is to be realised.