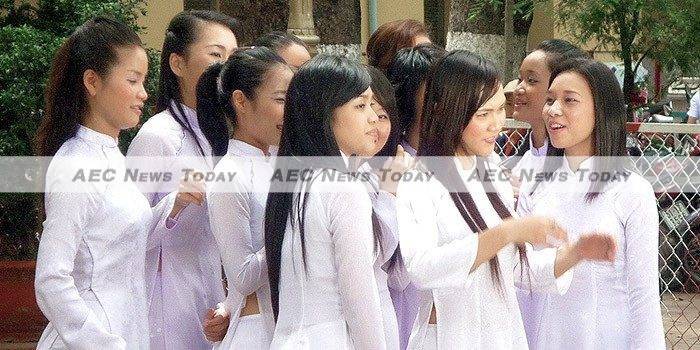 Women play a complex role in Vietnamese society. Although they’re highly valued and generally respected, their native country has long been paternalistic: time-honoured tradition dictates that men make money, while women manage the home. But at the rate Vietnam is now advancing, how long can those roles remain unchanged? The answer, evidence suggests, is: ‘Not very much longer at all.’

Just in time for International Women’s Day on March 8, the Vietnamese branch of global research firm TNS released a study on Vietnam’s female population. Authored by research director David Watts, it concluded that Vietnamese women are in a ‘period of transition’, although, according to the study, so is everyone else – along with the country as a whole.

“Today, there are more opportunities available than in previous generations,” Watts notes. “However, this also leads to additional stresses and responsibilities.”

Vietnamese women are also broadening the scope of their social lives, perhaps in response to the country’s ever-expanding entertainment options, especially in major cities Hanoi and Ho Chi Minh. And although drinking alcohol is still a mostly male pursuit, it is becoming increasingly common to see young women also enjoying a tipple or two.

“There is less stigmatisation around drinking, meeting up with friends at events, travelling for work and dating more casually than in previous generations,” says Watts.

What does this mean for investors? For starters, Vietnamese women are now more discerning about what they buy and who they buy it from. Widespread internet penetration and smartphone usage (72 per cent of urban women own a smartphone) provide easy access to product reviews and international trends.

Watts: “Access to this information is particularly important… as the Vietnamese market becomes increasingly flooded by new products with new benefits… there is an increasing awareness of health and safety threats for food and other daily household items.”

Vietnamese women are also shopping more like their Western peers, prizing ease and convenience in order to free up more time for family and/or fun. “Manufacturers play an important role here in understanding how to deliver convenience, efficiency and value to a modern Vietnamese woman”, writes Watts.

In other words, businesses targeting female consumers in Vietnam must first understand the pressure these women are under to balance traditional responsibilities with modern opportunities.

Here in Vietnam, as indeed with anywhere, different segments of the population have different priorities. TNS’ research shows women aged 18 to 22 want to explore freedom and self-expression. Women between the ages of 23 and 30 prioritise career and family, while consolidating their personal image and engaging socially with female peers.

From 31 to 45 is when the pressures of balancing tradition and modernity reach a climax: family responsibilities come to the fore, at the same time as greater responsibilities at work. Over the age of 45 that focus shifts again, this time to health, what they want, and how to get it. Appeal to the specific desires of each age range and success must surely follow.

As time moves on, the women of Vietnam – particularly those in urban centres – will become even more cosmopolitan, ambitious and pressed for time.

Watts again: “With increasingly busy lives, convenience and efficiency will continue to be important, as well as the value equation, as women become more sophisticated in their engagement and expectations of categories and brands.”

Walk through any Vietnamese metropolis and the abundance of adverts promoting laundry detergent, shampoo and other ‘feminine’ products suggests the business world is fast cottoning onto the potential spending power of Vietnamese women customers. The question is: ‘Can it keep pace?’